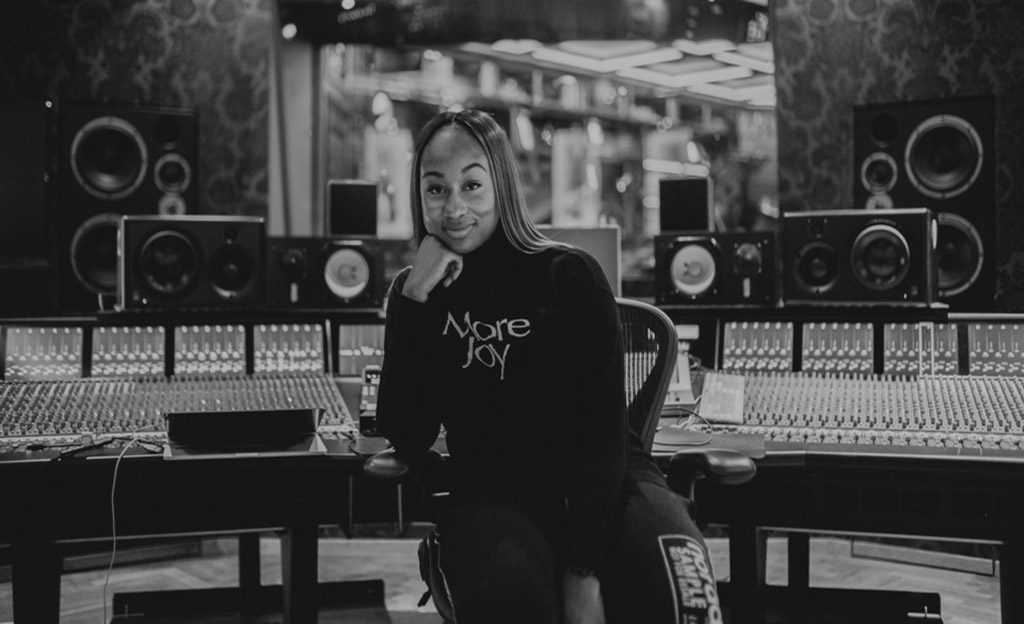 It’s no secret that the music industry is a male-dominated one. However, many women in the industry are taking actions to drive equality, and make the industry a safer space for their peers. Some do this through empowering songs, collaborations, and creating platforms that will help uplift up-and-coming female talents in various fields of the industry. The fight for equality leads to great results when women collectively support each other and create solutions for change. This is why when you discover women like TRAKGIRL and the actions she takes to drive equality and support for women in music, you doff your hat to them.

For Shakari Boles, who writes and produces music under the stage-name TRAKGIRL, it’s “more than music.” The studio is her happy place, and creating music keeps her heart beating. However, while she’s doing all of that, she’s simultaneously thinking about ways to educate, empower, and bring more women into the room (especially producers).

The Virginia native is a music producer who has helped artists like Belly, Jhené Aiko, Omarion, and Luke James create hit records. She’s also the founder of ‘The 7%’ a platform created out of the need to empower women producers. The name comes from the statistic that women make up about seven percent of music producers and engineers in the US. Beyond creating ‘The 7%’ she has also partnered with Bodies who share similar visions.

In 2018 Spotify Launched a tool (EQL) an online directory of women helping to raise the visibility of women working behind the scenes in music and who are killing it in the industry. TRAKGIRL is an advisory board member, and one of the team of professionals Spotify called on to help create EQL. She is also a part of the Recording Academy’s ‘Diversity and Inclusion Task Force’ which was formed in the wake of criticism about a lack of female representation at the Grammy Awards and the industry at large.

TRAKGIRL  is determined to help  all women win!