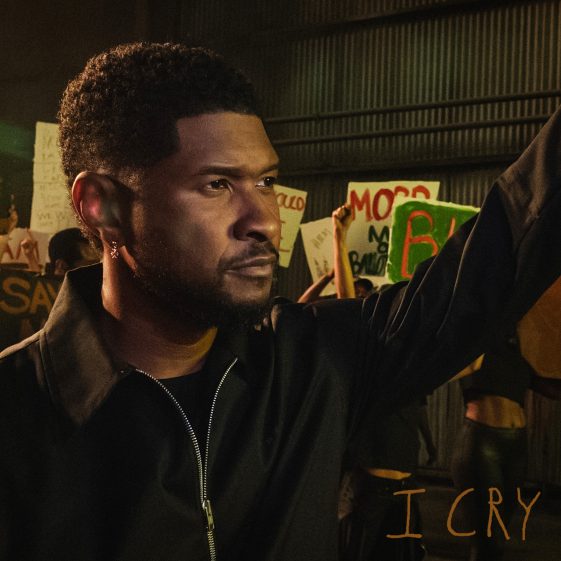 Usher gets up close and personal in the visual for his new single “I Cry.” The emotional tune is his response to the unprecedented times America is facing as the nation grapples with police brutality.

Usher physically sheds tears as he emotes about the struggle black communities must overcome. The gray tone video fades in and out images of senseless violence and protests. It shows that past and present, there is still much more work to be done to reach equality in America.

“This video is in honor of the courage and bravery of the activists and organizations who are demanding a change to broken systems rooted in hundreds of years of racism. It includes iconic photography from the great humanitarian and Black artist, Gordon Parks,” Usher said.

On June 27, he gave an equally emotional performance at the Global Goal: Unite for Our Future – The Concert, described as a globally televised and digitally streamed special. The show highlighted the impact the pandemic has had on marginalized communities.

Watch the inspiring video for “I Cry” below: