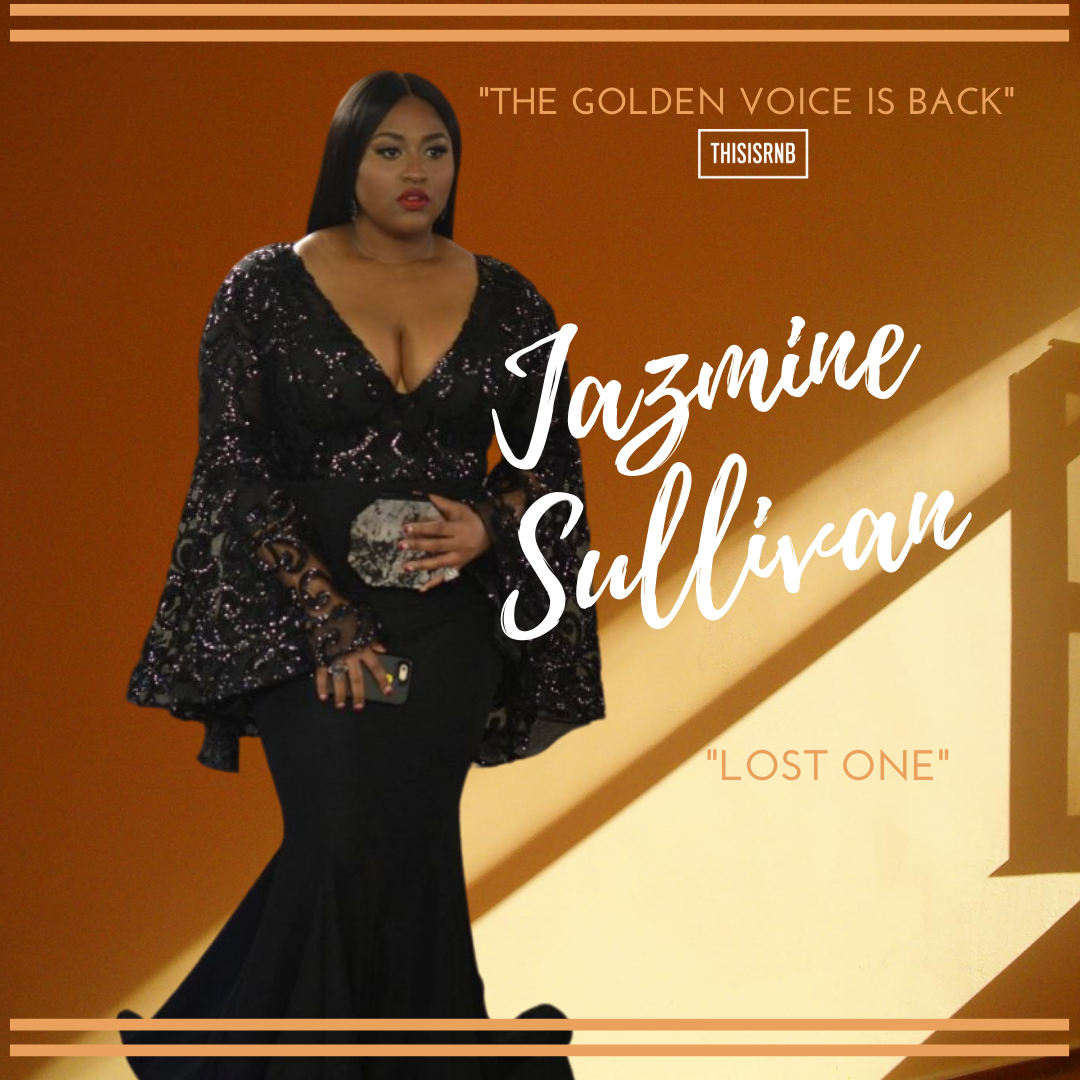 The golden voice is back and we are loving it.  Jazmine Sullivan releases her first new single since 2017 titled  “Lost One.”

The Philadelphia native and gifted powerhouse R&B singer-songwriter, pours her heart out on this somber ballad while pulling at our heartstrings.  Trying to make amends for a lost love, and pinning over the break-up, she begins to self evaluate her flaws in layering vocals and asked  “Please hear me out / Just don’t have too much fun without me / Please don’t forget about me / Try not to love no one / I know I’m a selfish b*^ch/ I want you to know i’ve been working on it / I know I’ve been short of nothing less than a disaster” with the guitar lick playing as if to put us in a meditative state.

During her hiatus, Sullivan has had tracks on other artists’ albums and penned numerous tracks on Mary J, Blige’s Strength of a Woman as well as contributions to artists Niia and Frank Ocean. Sullivan teamed up with label mate Bryson Tiller on 2017’s duet that was featured on the soundtrack  for the  second season of Insecure,  Issa Rae’s hit show. Her previous hit album was in 2015 Reality Show.

We are elated to have her back, and we’ll know you’ll enjoy. Listen below.