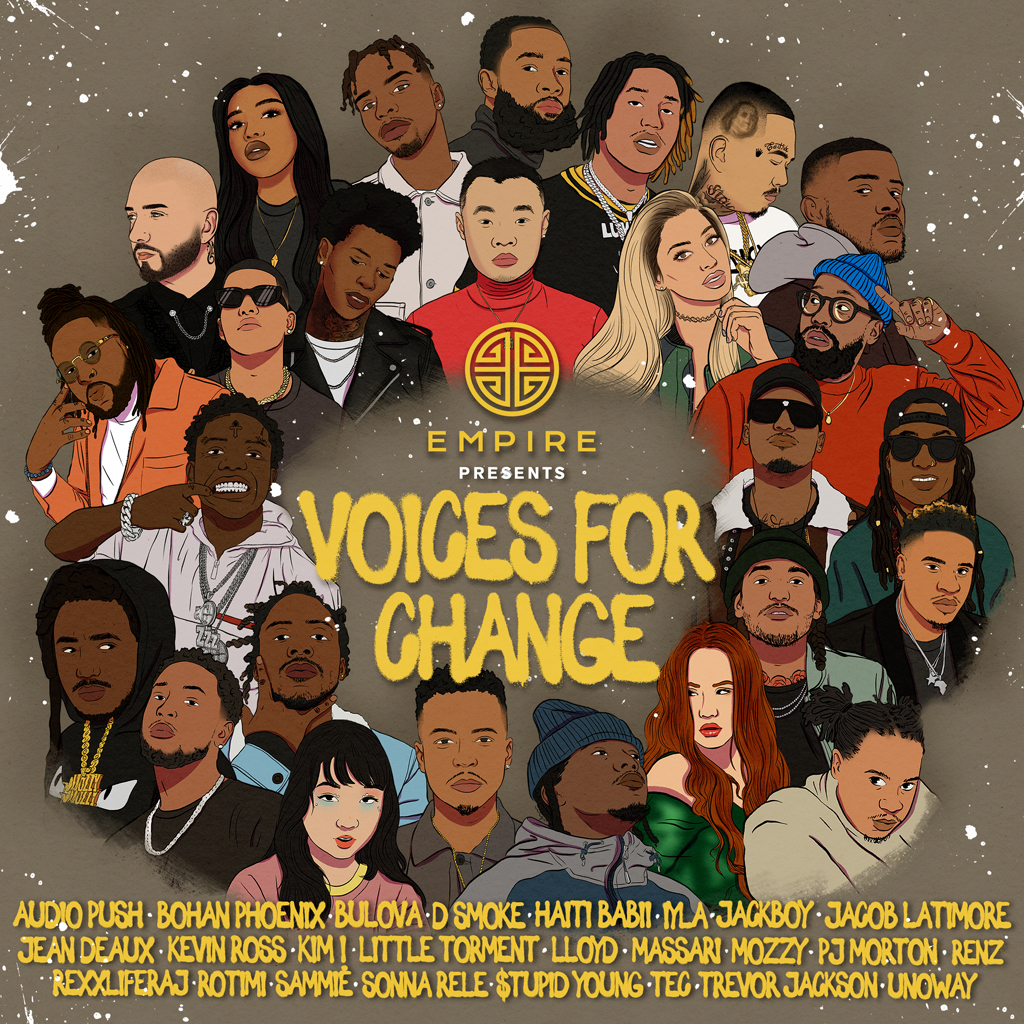 Empire has recently released an incredible body of work titled “EMPIRE Presents: Voices For Change, Vol. 1.” The 21 track project features the independent label’s highly talented artists such as PJ Morton, Kevin Ross,Sammie, Sonna and Lloyd to name a few. The collaboration of great minds are utilizing their voices to raise and bring about change to the current global social injustices.

“The goal of the album is to shed light on the issues people of color face around the world, as well as inspire people to use their voices in their own communities.”

“Every artist on this project has experienced injustices or they have a family member or friend that is dealing with it now,” said Tina Davis, VP of A&R at EMPIRE. “These artists do not want to stand by and say nothing. They want their voices heard. We’re grateful that they have decided to share their voices to the world and EMPIRE is fortunate to support and amplify them in their efforts.”

Vote.org and ACLU have partnered with the label in hopes to have a positive impact on the crucial and definitely necessary efforts in getting the people involved and registered to vote. This album will leave you feeling empowered and ready to commit to making your voice be heard for good and change.

“EMPIRE Presents: Voices For Change, Vol. 1” is streaming now on all platforms. 100 % of the proceeds will be donated to ACLU in helping to support their work to advance racial justice, criminal justice reform, voting rights and immigrants’ rights.