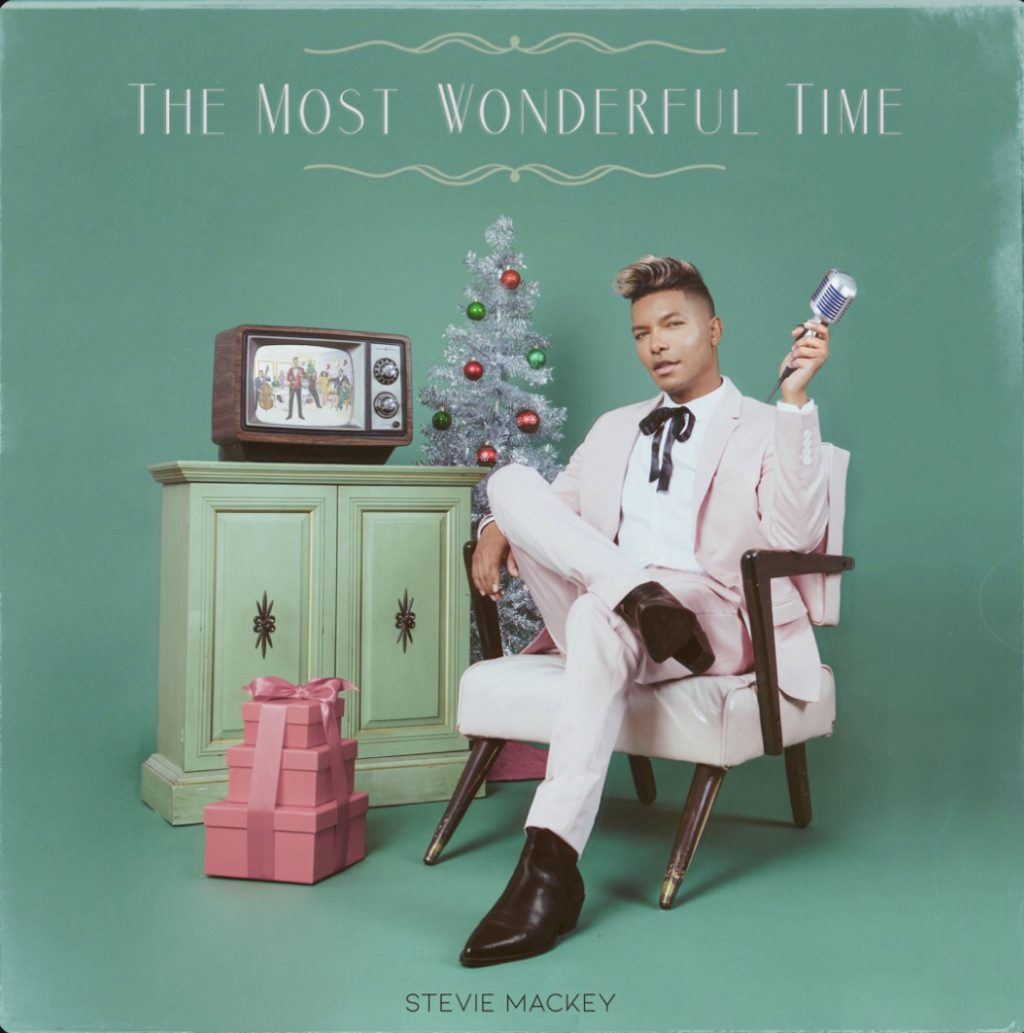 Acclaimed vocal coach Stevie Mackey is adding some soul to Christmas this year with his festive debut album, The Most Wonderful Time. While Stevie is usually behind the scenes helping others fine-tune their talent on shows like NBC’s The Voice, he is now ready to step into the forefront as a solo recording artist. When reflecting on his deep love for Christmas music, he felt a holiday album would be the perfect way to introduce his artistry to the masses. The album is a star-studded affair featuring many of Stevie’s good friends including: JoJo, Shawn Stockman & Wanya Morris of Boyz II Men, Jennifer Lopez, Take 6, Sheléa, Cory Henry, and Justin-Lee Schultz. In the midst of all this star power, Stevie still shines the brightest. The Most Wonderful Time is a labor of love that feels as timeless as the Christmas staples included on the project. This album deserves to be played for years to come along with holiday classics by Mariah Carey, Celine Dione, Michael Bublé, and Motown.

While the album features an array of genres, it’s Mackey’s voice that anchors the project. His innate ability to breathe new life into songs that have been covered countless times is awe-inspiring. Every note, every inflection, and every breath is filled with deep conviction and delivered with soul. From his gospel-flavored runs in “Jesus What A Wonderful Child” to his tender falsetto in “River,” Mackey displays the full range of his instrument on the album. In addition to his vocals, the album’s incredible orchestration adds a modern yet classic twist on each song make great producers like David Foster and Quincy Jones proud.

Mackey’s attention to the album’s sequencing is evident as each track flows smoothly into the next. No song feels out of place. On “Do You Hear What I Hear?” the unexpected vamp at the end evoked the spirit of George Michael’s “Freedom! 90” for a dazzling effect. Speaking of George Michael, Mackey’s heartfelt rendition of Wham!’s hit “Last Christmas” would have made the soulful singer proud. His interpretation amplified the somber undertone of the lyrics while still giving us a vibe to groove to. On “Mary Did You Know?,” Sheléa and Stevie delivered a duet that rivals classic R&B duets by R.L. & Deborah Cox, Keke Wyatt & Avant, and D’Angelo & Lauryn Hill. Each singer pushes the other to bring their A-Game while never making it feel like they trying to outdo each other. If the two ever decide to give us a full duet album, we would certainly be in for a treat. In my opinion, the one holiday song that will make or break a singer is “Oh Holy Night.” It’s a song that’s been covered by all the greats, and requires a certain level of skill to be able to handle the verses and then soar to sensational heights in the song’s climax. Mackey’s impassioned rendition proved he was more than up to the task, because he owned the climax with ease. In conclusion, Stevie Mackey delivered an incredible debut that leaves the listener yearning for his next project. Kudos to everyone involved.

Listen to The Most Wonderful Time below: