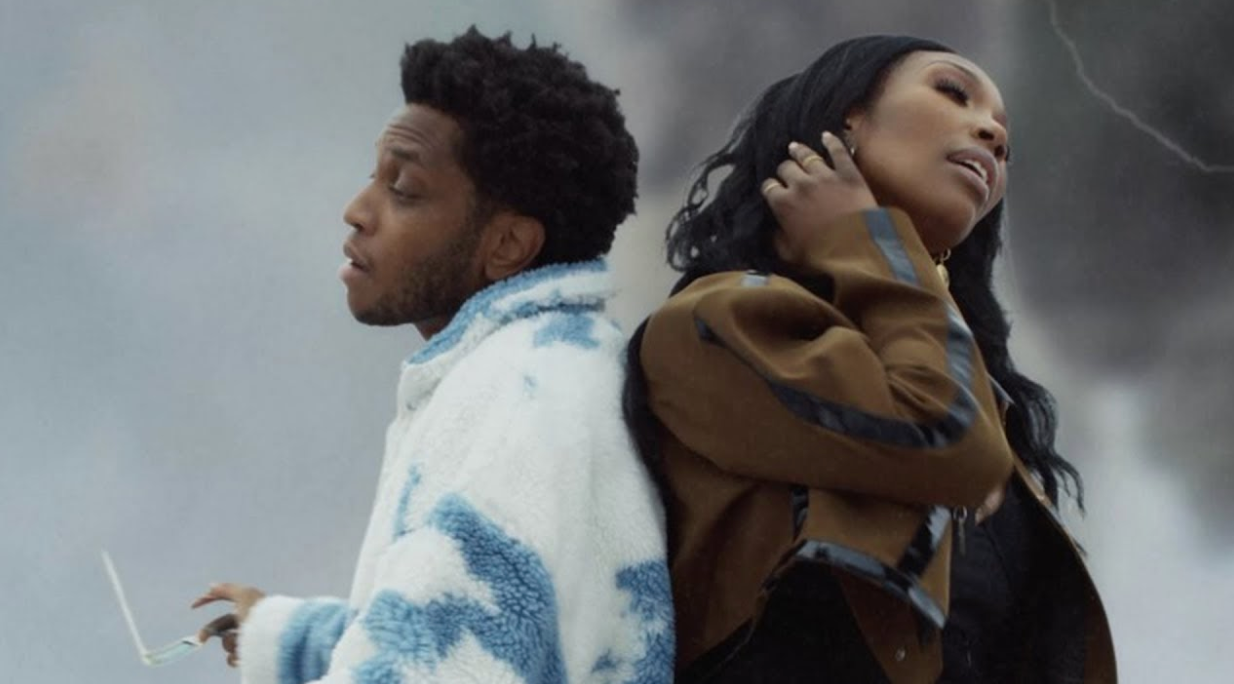 Just Released: Gallant and Brandy try to save what’s left of their love with the world ending around them in the visual presentation for their duet “Dynamite.”

“Dynamite” is off Gallant’s latest EP titled Neptune. With a volcanic eruption coming, and ready to meet his end, Gallant peels back the layers of his love to Brandy over the piano, where he sings: “If we lost our minds/blew up like dynamite/wouldn’t that be nice?”

Brandy, who plays a love-torn spouse, delivers a fantastic vocal performance. Remembering the destruction that spread through their relationship, she races to Gallant’s side on top of the helipad, ready to share her final moments. And as the end cometh, she sings: “The lit fuse is creeping up/is time moving slow enough?/caught in a collision course,/exactly what we signed up for./with Neptune in retrograde,/got used to the shine of rose-colored haze/now we’re restless in the cosmic bed we made/and I can’t read your mind…/fortified, we were/somewhere we crossed the line.”

The first visual of the EP received immediate praise upon release from R&B’s elite via social media. Among the singers sending fire emojis and commentary include Elhae, T-Pain, and Sinead Harnett who said the video, “a whole moment.”

This summer, Gallant will be hitting the road with English folk singer Jade Bird and American rock band Arizona on the Pure Golden Hour Sessions, brought to you by Michelob ULTRA Pure Gold. “Drink responsibly.”

Check out the visual for “Dynamite” here and stream Neptune EP below via Gallant/Empire.