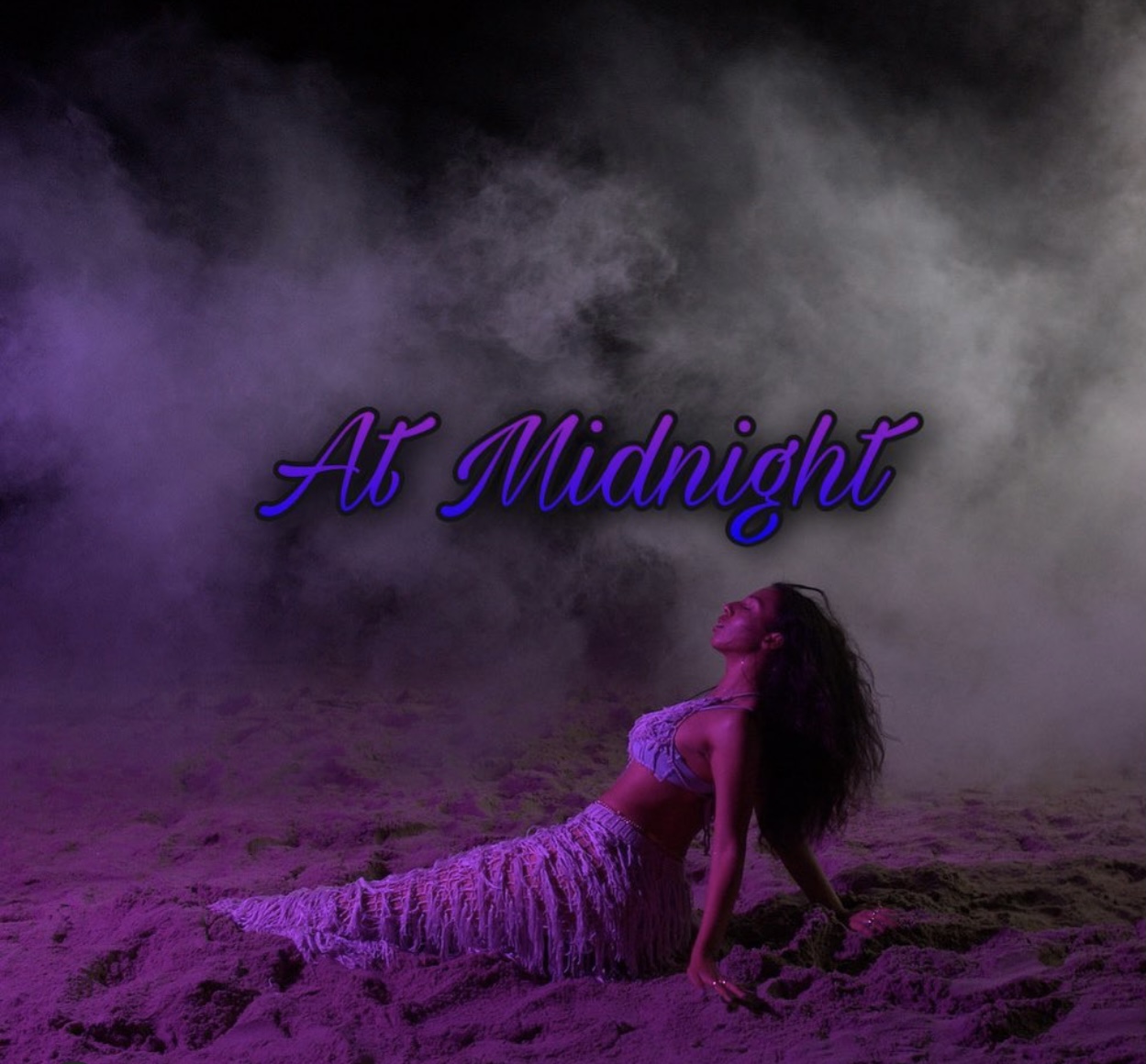 Meet independent R&B artist Reina a songstress from Los Angeles, CA who’s on her way to building a legacy for herself. With a unique and soulful sound, Reina just released her latest single “At Midnight,” a song about a woman who is about her business and works hard but also allows room for love on her own accord.

“This is my love,” Reina said. “I created this song over the course of eight months. One day I was working with producer Asher and he just showed me this beat and we started writing to it. I immediately envisioned the vibe I wanted for this and it was inspired by the idea of a hard working woman who was in love but had the power and discipline to be about her business and not get distracted.”

Reina has proven that she has an incredible work ethic, starting at seventeen when she started performing at nightclubs, demonstrating how her passion for music is unmatched, and her tenacity to prove herself has proven to shine. She has been “hustling ever since.” She comes from a musical family, as her grandfather Verdine White is a member of legendary group Earth, Wind & Fire. With music running in her family and an undeniable talent for singing, Reina is someone to keep an eye on as she continues to progress in the industry.

Sonically Reina has proven herself by collaborating with some of the best artists across generations.

In a recent interview, Reina says that she’s “inspired by her upbringing […] inspired to always be authentic through [her] music and to dedicate [herself] to serving others through [her] art,” especially as a multi-racial singer, nothing is as meaningful to her as representing her cultures musically.

“I grew up within three different cultures, which I am able to represent musically,” Reina said. “I grew up listening to the sounds from Etta James, Earth, Wind & Fire, Celia Cruz, Carlos Vives, Oscar Brown jr. and Vincent Fernandez […] My music’s inspired by my culture being African-American, Latina, and of course, West Coast culture.”

Reina is slowly on her way to building a very fruitful career, notably with the release of her latest track, “At Midnight,” which showcases her lyricism with this vulnerable song. The songstress details being a boss woman and working hard, so she has to put her relationship on the back burner, which her man has to be okay with, as she is and always be about her business.

Be sure to tap in with Reina via social media @reina_nai on Instagram and Twitter to see when any upcoming music is dropping and to stay up to date with her.

Take a  listen to Reina’s latest single, “At Midnight,” here!