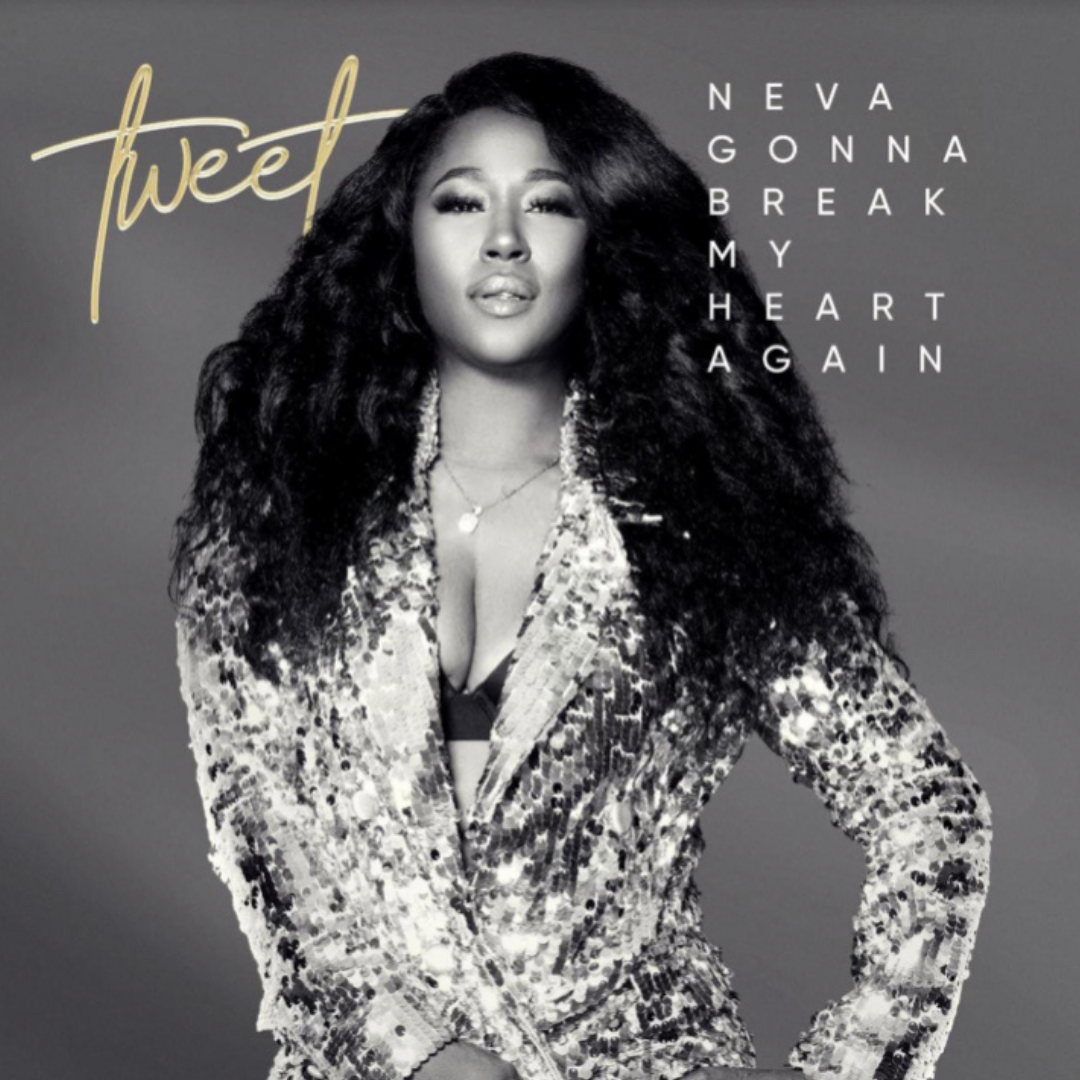 Acclaimed singer and  actress Tweet is back better  then ever with her latest single ‘Neva Gonna Break My Heart Again.

‘Neva Gonna Break My Heart Again” speaks to her past personal relationships where she experienced hurt and pain but she’s not allowing the same thing to happen again.

Tweet gets straight to in the first line asking “give me the reason/that you pretended to love  me/you took my heart and my soul through it all /yet i stayed committed…” The hurt and pain are vivid in these lyrics and her vocal delivery expresses her regret. This Southern Hummingbird is definitely protecting her heart starting right now  in this mellow yet soulful ballad.

Tweet is best known for her debut solo single, “Oops (Oh My)”, a song about self-love and appreciation – produced by Timbaland featuring guest vocals by Missy Elliott.  She has released three solo albums – including the most recent self-titled project, Charlene, via Entertainment One.  For her work as an actress, Tweet has appeared in the Billie Woodruff directed motion picture, Honey, and has also appeared in the sitcom The Parkers.

In addition to singing and acting, Tweet recently released her own brand of wine! The wine is called “Southern Hummingbird Moscato.” Its been said “the adult beverage is a journey into a sweet aromatic blend of prestige.”  Treat yourself to a bottle or two of this exquisite vino and sip while you listen to “Neva Gonna Break My Heart Again” Below.

Available for streaming and purchase on all digital platforms.