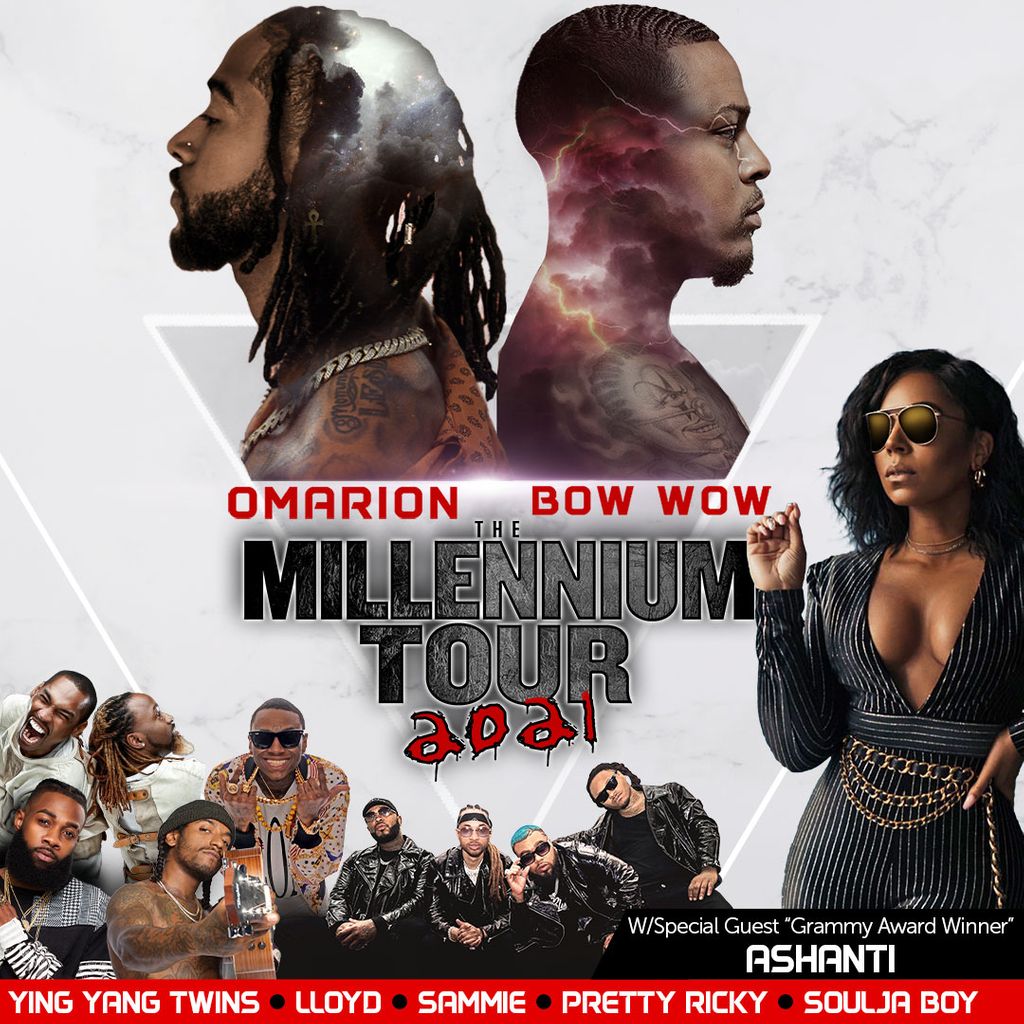 Watch our exclusive interview with The young lion, Florida’s own, Sammie who killed it and left it all on the stage at the Millennium Tour. The crowd enjoyed every moment. He gave an important PSA for all the men out there dealing with queens. Sammie dropped some exclusive announcements on future projects, and how he simultaneously worked on two albums, “Insomnia Two,” the sequel and “Sunsets.” He shared the meaning behind “Sunsets” love story album, “it’s barbershop talk, but I’m man enough to say the things women don’t think we think about,” said Sammie. He also teased about a possible world tour, and hitting the big screen.

Nola’s own Lloyd shared why the Millennium Tour is important to him and what it means to his fans. He talked details on his upcoming album and the challenges he faced with it, sharing upcoming plans, and the age old question about ‘Mrs. Flinstone.’

With huge r&b artists like Ashanti, Omarion, Sammie, Lloyd, Pleasure P., and up and coming r&b artists such as Maddie The Baddie, J&A, Nick Lavelle, DJ Slick Rick, and more, the Millennium tour is sure to leave you feeling nostalgic, while giving you a taste of one of the directions the genre is headed in the future.

Make sure to get your tickets so you too can experience this jam packed show.