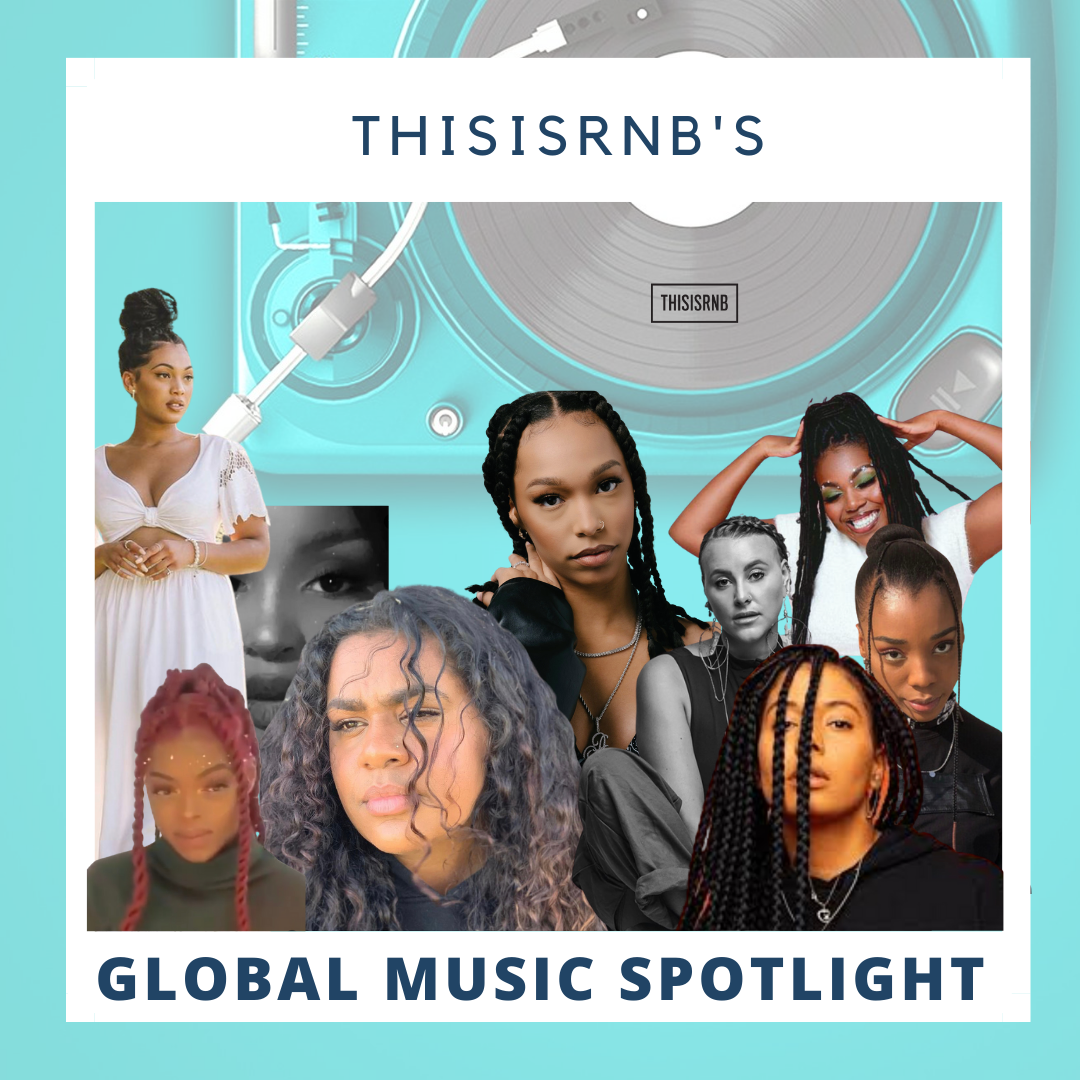 The roots of R&B can be traced back to the African American community in the 1940s. Today, this great genre has spread to all regions of the world. Artists from other countries that are not the USA have been contributing to the R&B scene while adding their own touch to it. This is why styles like “Latin R&B,” “UK R&B,” ”Scandinavian R&B,” and “Afro R&B” exist.

Today, R&B has become one of the most experimental genres in the world. To showcase the different beautiful colors of the genre to our audience, we’ve decided to use our platform to discover, highlight, and support artists from various international countries shaping the scene. We hope readers can come across their new favorite singer through this series and discover R&B gems for their playlists.

West London’s Alana Maria used to be popular for posting song covers on Instagram. Now she’s making waves from her own songs which can best be described as euphonic, honey-toned, R&B. Her debut single, “Happier” was released in 2020 and features a sample of Omar’s “There’s Nothing Like This.” Fans of Aaliyah, Brandy, and Jhené Aiko will most likely appreciate Alana’s sound too.

ILAYE is an alternative R&B singer based in Nigeria. Her music is backed by soft vocals and well-written lines that echo even after her songs come to an end. This year, she released her sophomore EP, Sixth Sense which features interesting shades of R&B

Fast-rising South African sensation, Hunter Rose is one global R&B singer to watch. Hunter Rose mixes soul, jazz, and R&B to create her own sound. In addition to being a great singer, she is also a great live performer.

Notable Release: Get it (Single)

T’neeya is a soulful German-Cameroonian artist who has lived in Ghana, Cameroon, and Germany. T’neeya’s music is influenced by her experiences and the sounds of the countries she visits or lives in. Sometimes she sings in French, English, and West African Pidgin language. T’neeya is an R&B singer that brings creativity to the table.

RIMON is a Dutch singer with a neo-soul vibe based in Amsterdam. For the mesmerizing singer, R&B has no boundaries. As such, listeners will experience a mix of R&B and other genres while listening to RIMON. However, one thing remains constant in her music — soul.

Joda Kgosi’s debut EP, Sour Milk is one of the best R&B projects released by a rising artist this year. On the 7-track project, the South African singer metaphorically compares love to milk. Like milk, love is a beautiful thing — especially when it’s fresh. But also like milk, love could turn sour after some time. On songs like “I Miss You,” and “How Dare You,” the singer wears her heart on her sleeve as she sings about love and loss.

Although Phiwo is a new artist, she’s one to watch. The talented vocalist only started releasing her own songs this year but she has gained an army of dedicated and supportive fans who long for more of her unforgettable sound. Phiwo’s debut EP, Letters (which was released in September) is a well-written project that showcases her vocal talent.

Valerie Omari is a South African R&B princess who’s going to make you feel something while listening to her songs. Her love-themed debut EP, Therefore I Am was released in 2019. Since then, the raw emotions that come with her songs have traveled through playlists and recommendations to music lovers in Africa and other parts of the world.

Notable release: Therefore I Am (EP)

Miiesha is a soulful singer from the small aboriginal community of Woorabinda town in Australia. She’s a singer with a story to tell and this reflects in the poetic words that come with her songs. Inspired by R&B, Soul, and Poetry, Miiesha educates and inspires listeners through her music. For R&B lovers looking to take a peek into the singer’s musical world, a good place to start is her new EP titled Smoke.

Allysha Joy isn’t just an R&B singer. She’s a creative singer, songwriter, and poet based in Melbourne, Australia. In addition to making music as a solo artist, she is also a member of the Melbourne soul and jazz collective, 30/70. Lyrically, her songs contain themes of love, desire, hope, wonder, anger, power, and faith. This is one R&B singer who keeps it raw and real.

To learn more about these artists, you can check out their IG and Twitter pages.