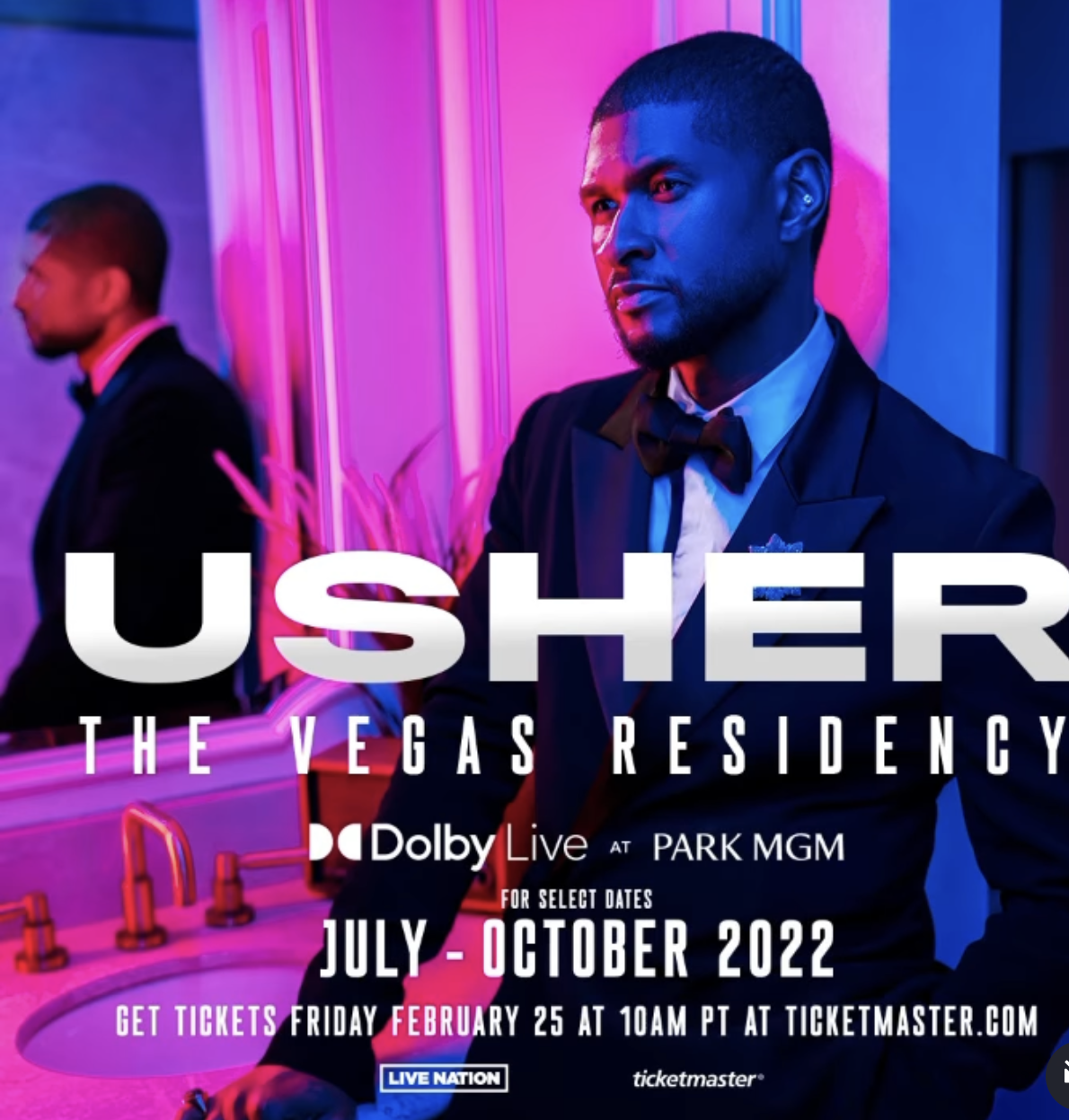 Multi-Award winner, Billboard’s #1 Hot 100 artist of the 2000’s and showman extraordinaire, Usher will be taking up residency in Las Vegas.

In a recent Twitter post Usher says “I’m so excited to be returning to Vegas with a BRAND NEW residency at Dolby Live at Park MGM this July through October!”  Usher urges fans to text him for fan pre-sale tickets and early access code at (404) 737-1821. Tickets go on sale to the general public Friday February 25th available at www.ticketmaster.com/ushervegas

“Presented in partnership by Live Nation and MGM Resorts International, the show will be custom-designed for the expansive Dolby Live stage, allowing fans to feel like they are not just watching a performance, but are a part of it. The immersive new show will incorporate audience interaction and staging throughout the 5,200-seat entertainment venue, where every guest will have an up close and personal experience with the superstar. The exclusive, only-in-Vegas spectacular will be packed with an impressive repertoire of smash hits spanning the multi-talented showman’s 20-year career, as well as new music”  according to a press release.

Check out the Usher Vegas Residency announcement here and get your tickets before they sell out www.ticketmaster.com/ushervegas

PJ Morton and Jojo return with New Single "MY Peace"