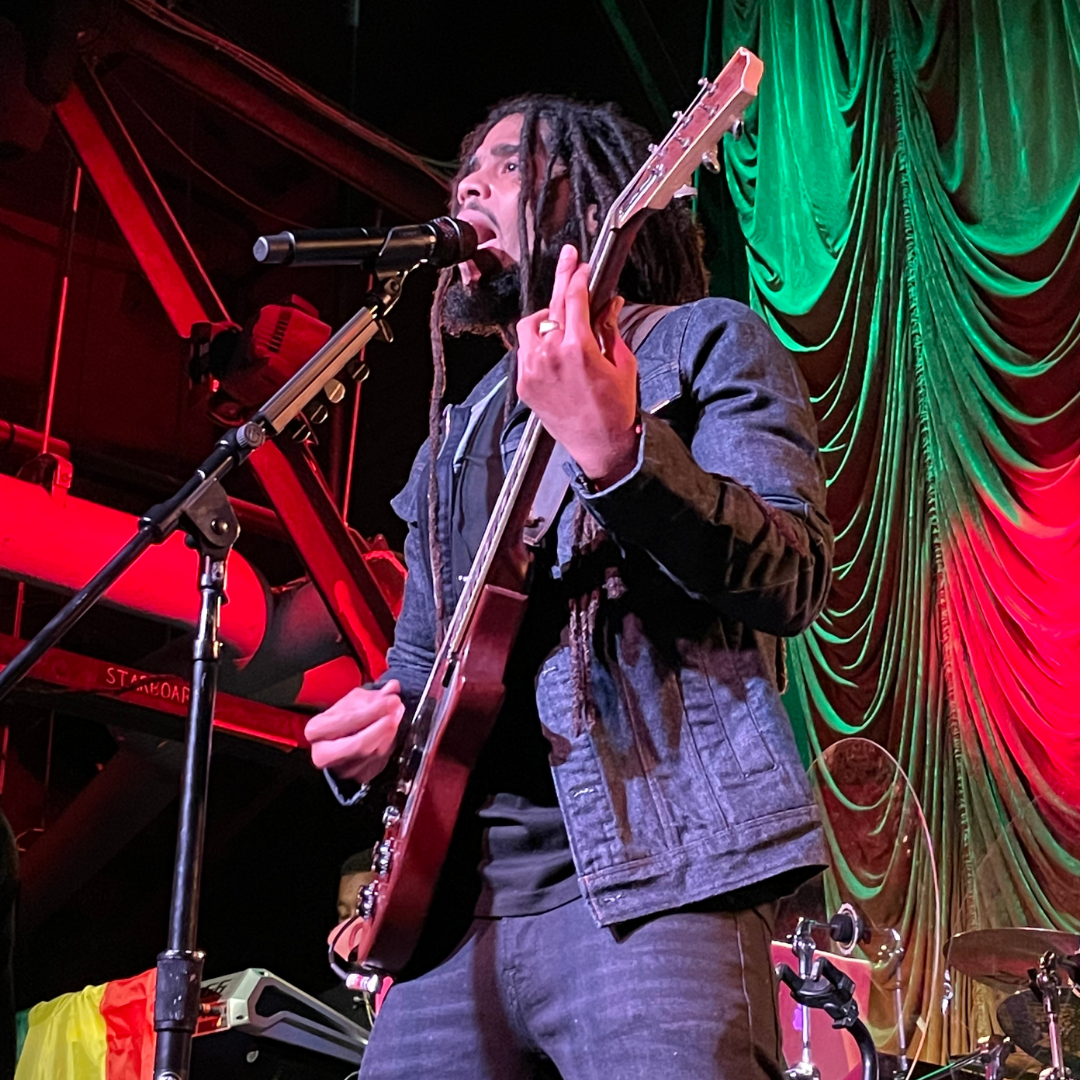 Watching Skip Marley perform at the Foundry, Fillmore in Philadelphia last night which is also his first US-headlining tour moved the people culturally, it gave a sense of Marley’s legacy. Skip depicted “same message, different generation” through his Grandfather, (Bob Marley’s) influence on his craft.

Skip opened with “Lions” reminding us that we are the movement of this generation and the purpose of his tour was “Change.” He performed a wide set of songs from “Slow Down” Ft. H.E.R, “Vibe” which gave us a modern feel of reggae.

In tandem with “Higher Place“ featuring Bob Marley himself, he ended the show with the crowd favorite while all hands were in the air, and singing from the bottom of their hearts – a classic rendition of “Three Little Birds.“

Skip Marley’s tour Change illustrated how people are always waiting for change, but his message is more than just music. He wants the people to “BE” the change they want to see. His music defines the purpose to spread love which he developed from his connections with his grandfather, and his mother Cedella Marley. Skip has come to take on the world with music and human connection. He will carry on his Grandfather’s legacy of being more than just a musician by rising to great heights.

Check out some of our clips from the show below.

Meg is co-host of ThisIsRnB’s Unfolded. She holds a degree in molecular biology & biotechnology. Her future goals are to obtain a masters degree in bioinformatics . Meg has had a passion for music since childhood and enjoys all genres of music with R&B, hip/hop and reggae counter as her favorites.