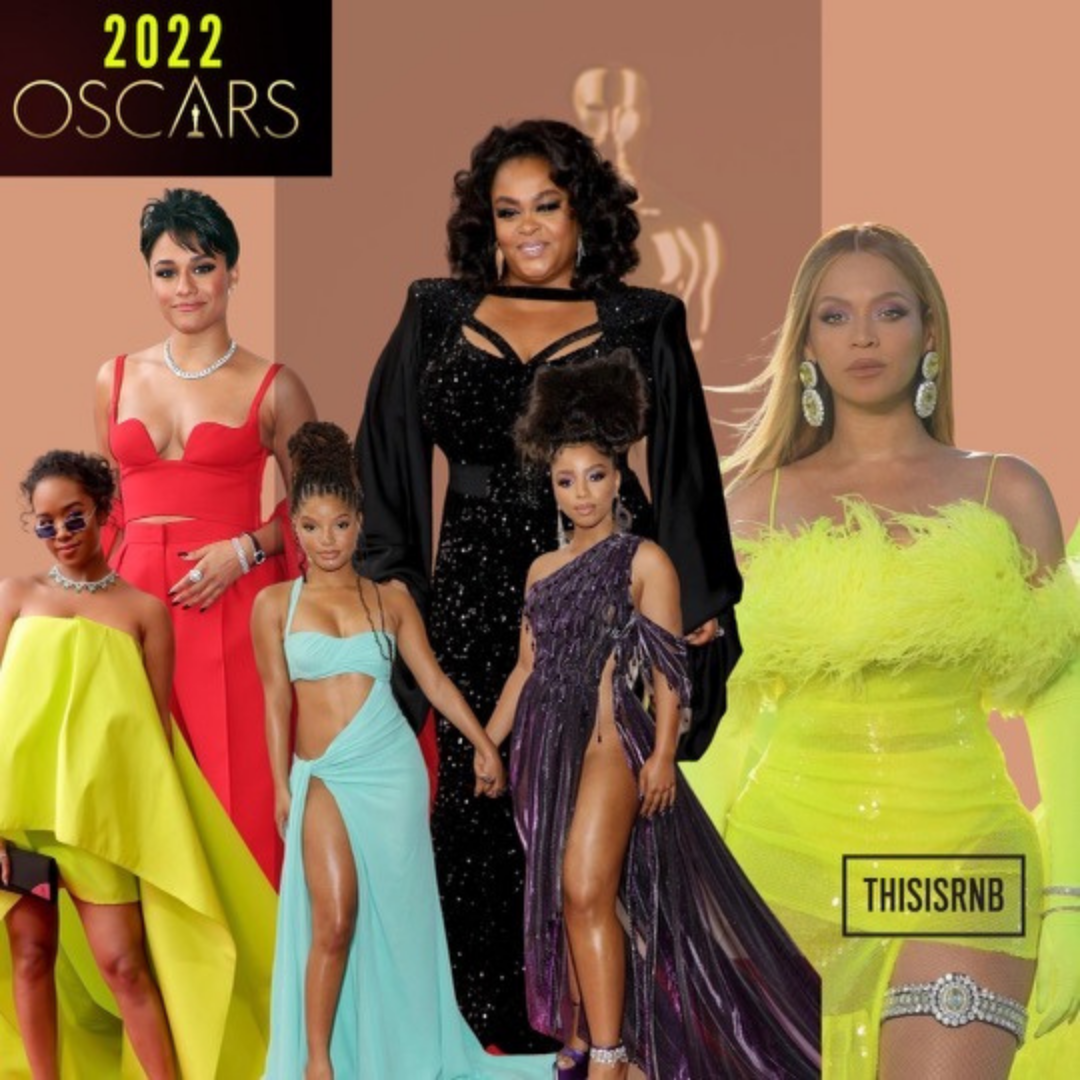 By Q on Mar 28, 2022
The Oscars, Hollywood’s biggest night certainly had some of the greatest stars and momentous moments, the 94th Academy Awards show did not disappoint.

Part of what made tonight so epic is there was so much more diversity and inclusivity this year. Beginning with Will Parker, who is the first African American to produce the show along with an all black production team.  There were many expressions of diversity and triumph through story telling and music.

It was truly an amazing night that kicked off with the Icon Beyoncé and her spectacular performance of “Be Alive,” her original song from the Oscar nominated movie ‘King Richard’. She was introduced by Tennis legends, Venus and Serena Williams, and her daughter Blue Ivy also appeared at the end of the performance. It was performed remotely from the tennis court where Venus and Serena used to practice in Compton, California.

Hosts Amy Schumer, Regina Hall and Wanda Sykes did an amazing job keeping the crowd entertained and laughing all night. There was also many laughs and tear jerking moments throughout the night. From acceptance speeches to video clips. The talent and competition was phenomenal and incredibly stiff as so many gifted performers graced the stage including RnB artists H.E.R. and Philadelphia Native Jill Scott.

This was definitely the year to tune in.  The stunning beauty and fashion around the room saw both the men and women dressed in some of the finest couture’. We are sure many young people tuned in for prom ideas, and they’ll certainly have plenty of fantastic and stunning looks for inspiration.

There were also standout moments such as the reunions of cast legends for Quentin Tarantino’s ‘Pulp Fiction’ John Travolta, Samuel L. Jackson and Uma Thurman, and ‘White Men Can’t Jump’ Wesley Snipes, Rosie Perez and Woody Harrelson.  It was an epic night filled with lots of passion and sentiment.

Very touching and emotion evoking acceptance speeches from Ariana Debose, the first Queer woman of color to win an Oscar for her role in ‘West Side Story’, Troy Kotsur won best supporting Actor for ‘Coda’, a film that shines a light on the hearing impaired community, actors and culture, and Quest Love for “Summer of Soul” for Best Documentary feature. There was also tremendous outpouring of love for actors Liza Minnelli and Anthony Hopkins.

The audience was treated to several beautiful and inspiring performances, among them, ‘Encanto’, the legendary Reba McEntire, Megan Thee Stallion, Billie Eilish and many more amazing artists.

Congratulations to all the Oscar winners and nominees including Denzel Washington, Dame Judi Dench and other amazing actors on Hollywoods biggest night.  A special shout outs to Oscar winners and Philadelphia Native Will Smith, Best Actor  for his role in  the film ‘King Richard,’ and Samuel L. Jackson who received an honorary Academy Award for lifetime Achievement presented by longtime friend and Hollywood royalty, Denzel Washington on Friday at the Governors Awards.

For a full lists of nominees and winners click the here https://www.cbsnews.com/news/oscars-2022-winners-list-nominees/