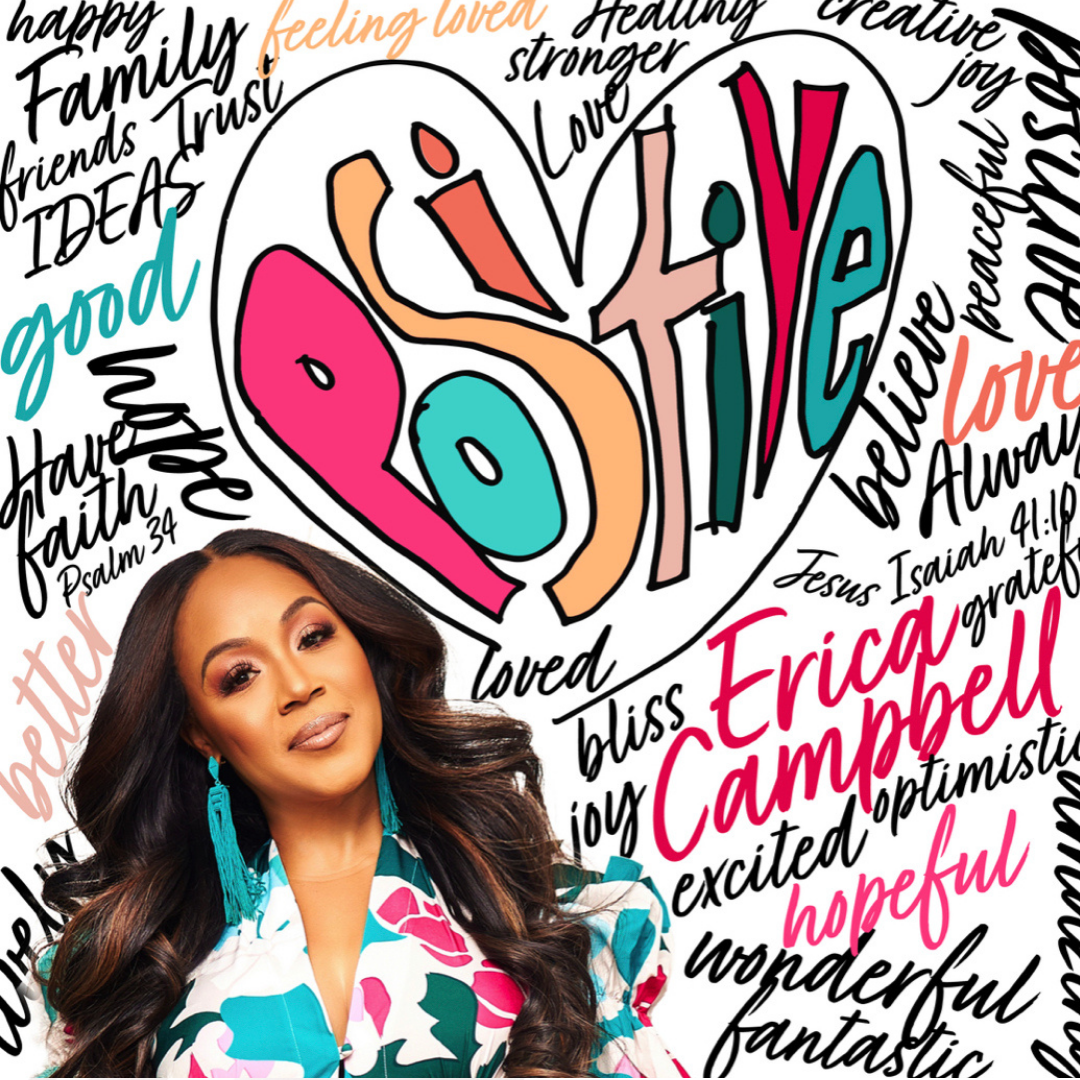 Multi-award-winning singer-songwriter Erica Campbell kicked off the weekend sending ‘positive’ vibes our way. Her latest single “Positive” is the lead single from her highly anticipated third studio album that is scheduled to be released on September 23rd.

The music video of her latest release opens up with a couple having a heated, emotional exchange of words. A woman exclaims “Stop coming around here with all of that negative energy.” Her melodic, soulful voice combined with the song’s groovy, upbeat track makes you want to get up and dance your way out of any depression or sadness.

It’s a timely song as news of a former Miss USA and several other high-profile suicides shocked Hollywood and our nation to the core. And as the world adjusts to the pre-and post-pandemic realities of social injustice, war, and loss of loved ones due to COVID-19 – Campbell is arising with a message of hope to the masses.

Written by Erica Campbell, Warren Campbell, and Juan Winans – this beautiful and uplifting song was written with a mission. “Words have power. Positive is a good word even though it’s now connected to something else due to COVID-19,” says Campbell.

“I just wanted to take that word back and give it the power it deserves. Being positive, thinking positive, knowing that God is sovereign and in control. Knowing the difference between what He is doing and what I am trying to do, she adds.

The singer, who has released two solo albums as well as seven albums alongside her sister in the dynamic duo Mary Mary, has been carrying the torch for over two decades. She never lost her fire or passion to take the gospel to the world through her music and has received numerous awards and accolades. In 2015, the singer’s debut solo album “Help” won eight Stellar Awards and a Grammy for Best Gospel Album.

The anointed singer is the host of a nationally syndicated morning show titled “Get Up.” Her positive voice is heard in 40 markets on weekdays from 6 a.m. to 10 a.m.

Campbell’s episode of the critically acclaimed “Uncensored’ on TV One will be airing on April 17th. Fans will get an unfiltered perspective on the journey to the gospel singer’s dreams, fame, and pop culture.

Take listen to “Positive” below and let us know your thoughts.  The new single is available on all digital streaming platforms.

Get To Know: Andy Stokes