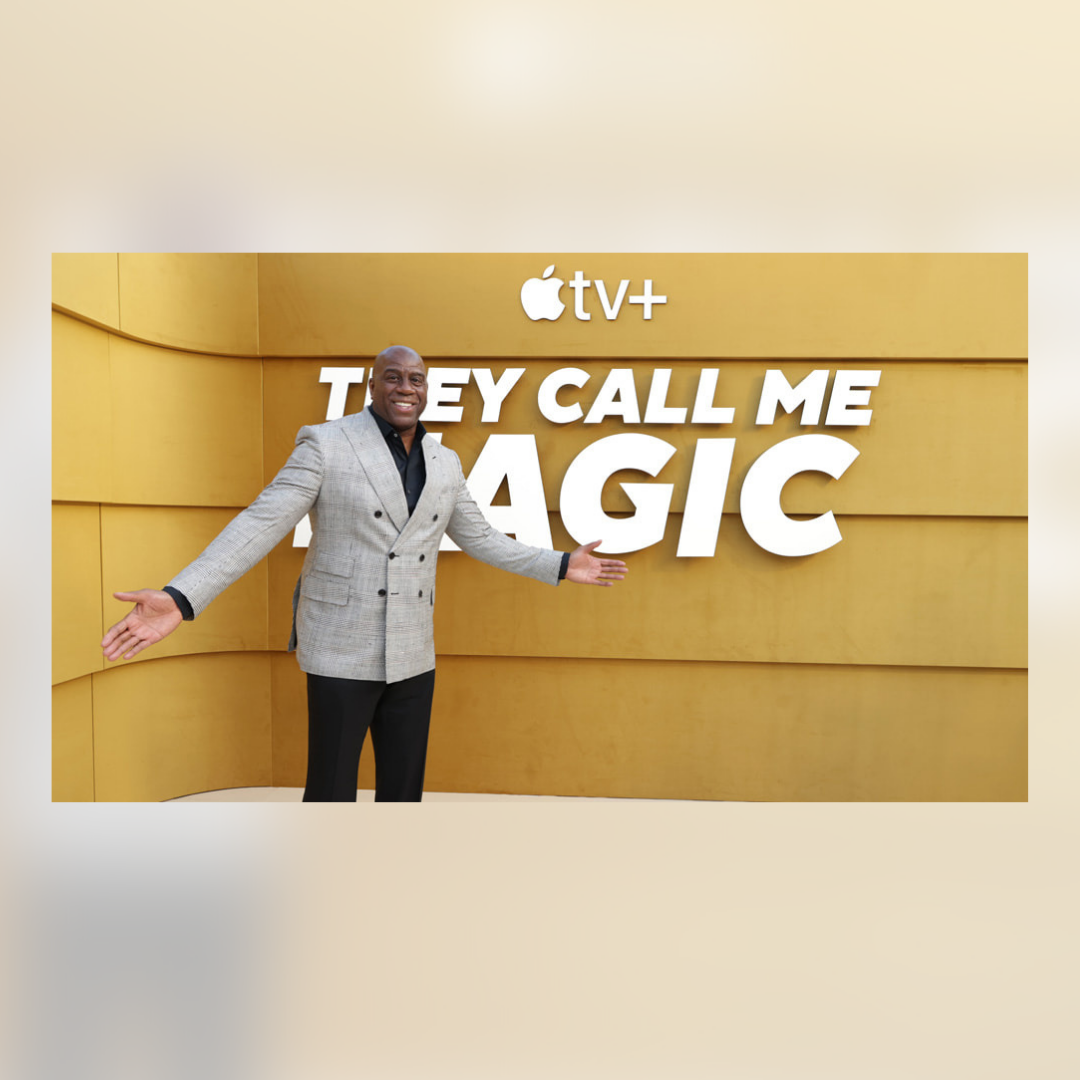 Tonight, basketball icon Earvin “Magic” Johnson’s docuseries ‘They Call Me Magic’ premiers on Apple TV plus. Featuring commentary from President Barak Obama, Larry Bird, Pat Riley, and many more including an appearance in the series from Kareem Abdul-Jabbar – the documentary follows Magic from his humble beginnings to the Dream Team to his rise as a business titan.

Last week Samuel L. Jackson, Stevie Wonder, Dwayne Wade, Gabrielle Union, and many more stars walked the red carpet in the heart of Westwood at The Regency Village Theatre for the docuseries premiere.

When asked what his most memorable moment was with Magic Johnson he replied, “I think it was when he was trying to teach me how to hoop (Stevie Wonder motions as if he’s shooting a hoop with a big smile on his face).” I then asked him ‘How did that work out?” to which he vibrantly answered “You know it was good, I did it,” said Wonder.

Amber Grant, (pictured below) a mentee and scholarship recipient of The Magic Johnson Foundation, who later went on to spearhead and expand the fund to Africa also spoke with ThisIsRnB and gave insight on working with him in business.

On Her most memorable moment with Magic Johnson:

“My most memorable moment with Magic Johnson was when I, as a sophomore in college, decided to quit. He pulled me up in front of everyone – the executives and scholars – and told everyone to surround me and encourage me to get back into school. So, I changed my mind and decided to go back to college instead of starting a business right away. I finished both my undergraduate and postgraduate degrees under his leadership and direction. He instilled in me the importance of finishing what you start.”

On what Magic Johnson taught her about business:

“Magic taught us that businesses aren’t built overnight. The discipline that you need to complete a small task or finish a degree is the same discipline that you need to build an empire or a fortune 500 company. I also learned from him the importance of relationship management because how you treat people and manage those relationships is important – his name is gold and his reputation is solid. He also taught me the value of surrounding myself with experts and the power of collaborations.”

As we took our seats, we watched in awe as Magic rose from his humble beginnings in Lansing, Michigan as one of nine children to his journey becoming the 1st overall pick by the Los Angeles Lakers in the 1979 NBA draft.  Magic, whose mother did not like his new nickname because she felt it would be hard to live up to, is widely regarded as the greatest point guard of all time. Johnson played 13 seasons with the Lakers and has been honored as one of the 50 Greatest players in NBA History in 1996.

The docuseries also follows his love life with Earletha “Cookie” Johnson with commentary by his children describing the basketball legend as a husband, father, and family man. Fans and watchers will gain insight into Magic’s personal and professional life both on and off the court.

The four-part docuseries highlights the accomplishments and global impact Johnson has had in basketball, business, charity, community activism, and much more. 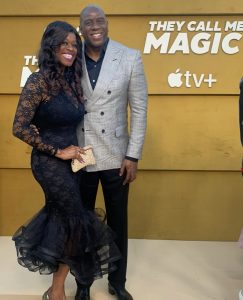 TV ONE And Cleo TV Announce "Upfronts"- Accomplishments, Future and Awesome Programming for 2022-2023