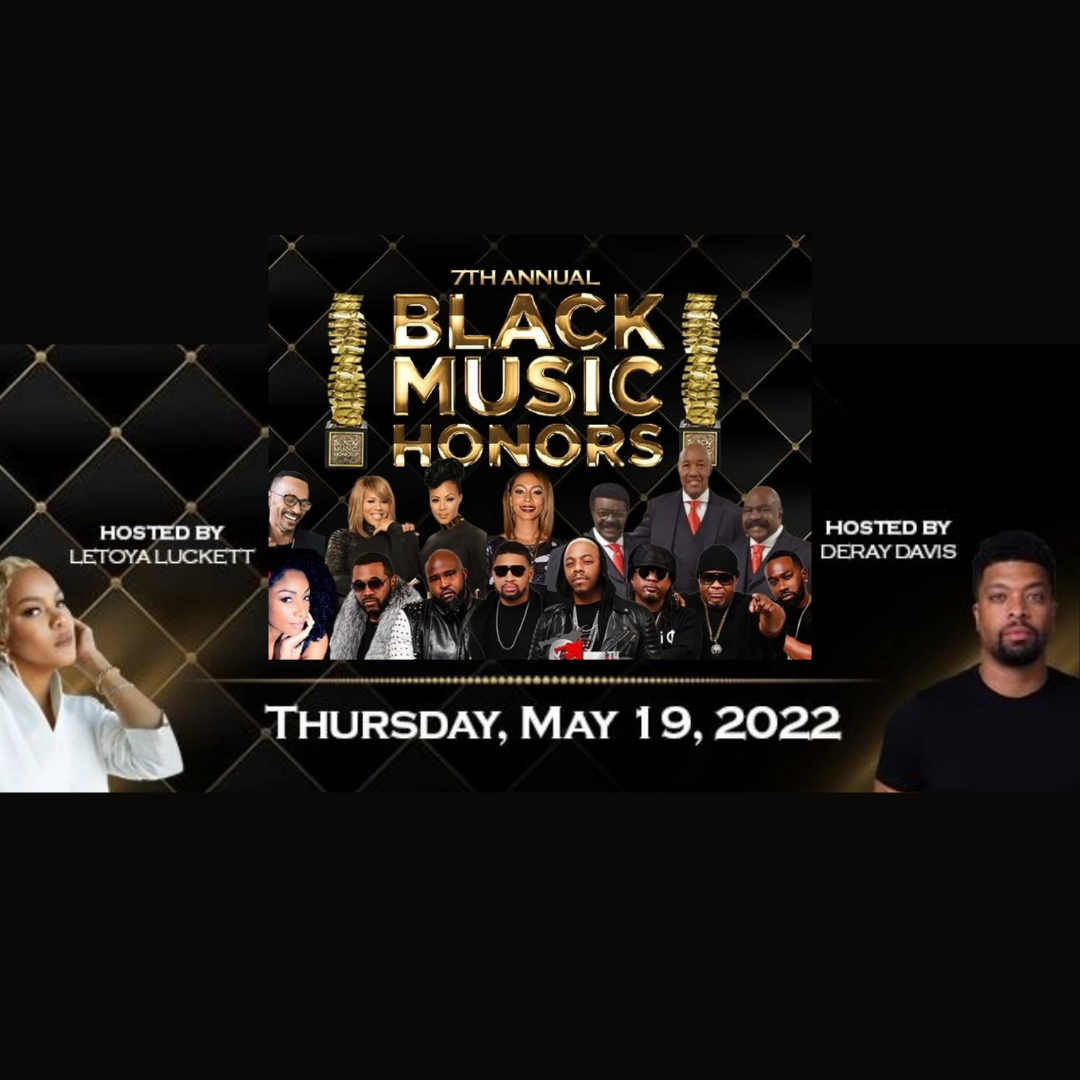 The annual star-studded two-hour event honors and acknowledges the legendary African  American artists who have influenced and made significant musical contributions to African culture and American music worldwide.

The 2022 Honorees include a dynamic list of phenomenal artists:

The show also features a spectacular line-up of performances from some of the most magnanimous musical artists such as Eric Roberson, Raheem DeVaughn, Kevin Ross, PJ Morton, Carl Thomas, 112, Amber Riley, Tasha Page Lockhart, Jade Novah, and many more.  With a special performance by Kid’ NPlay to commemorate their 40-plus years in the industry.

Produced by Chicago-based production company Central City Productions (CCP) the event promises to be non-stop fun and filled with plenty of excitement.

The Black Music honors will be broadcast in syndication on June 4 -July 3, 2022, and on Bounce TV on June 25th in recognition of Black Music Month.

Get your tickets now at https://www.blackmusichonors.com/#