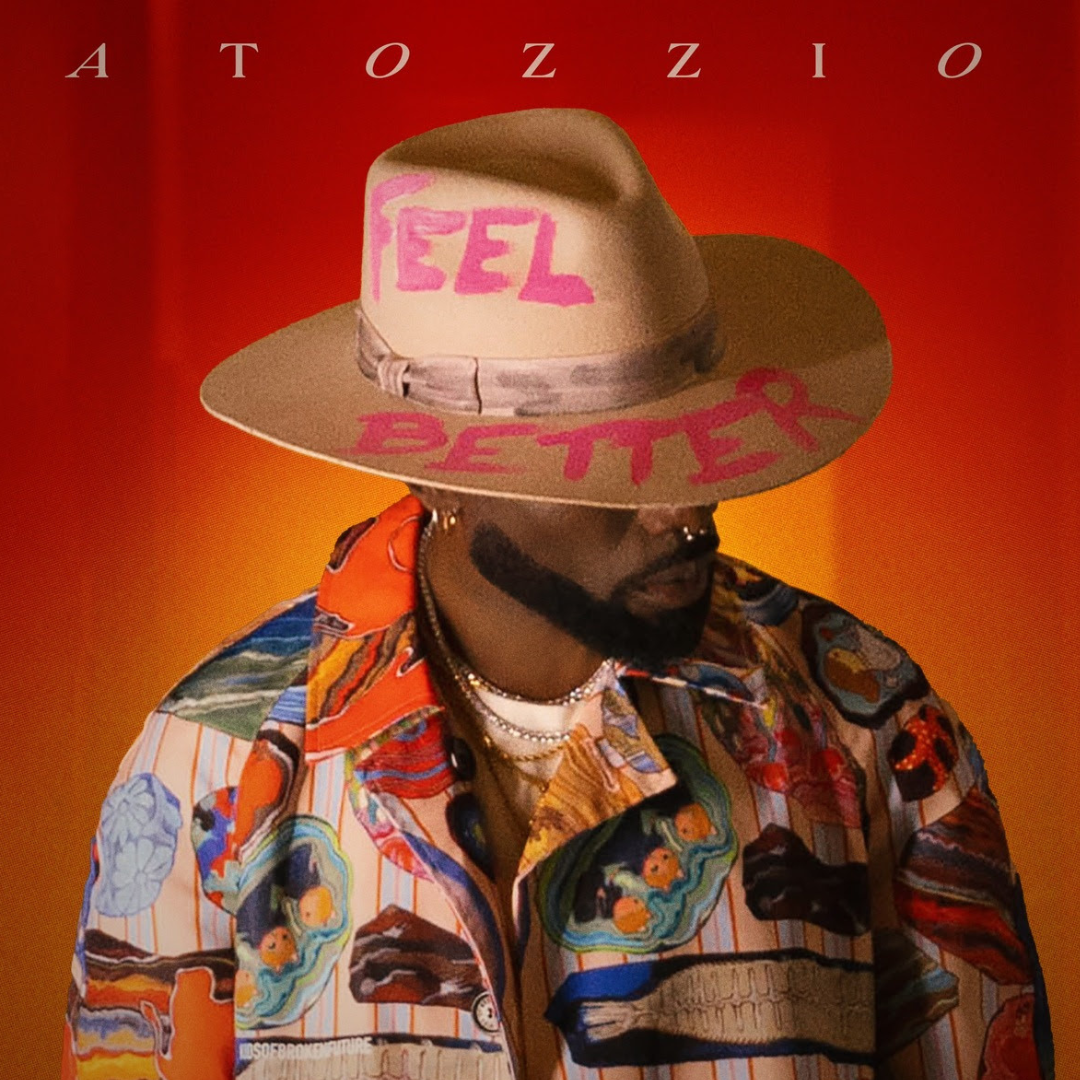 Straight off the heels of his smash hit “Cure” released earlier in the year,  the Florida-born and Atlanta-based R&B artist brings it back touching the top with his debut solo single “Feel Better.”

Taking the music industry by storm, Atozzio has strikingly penned music behind-the-scenes for such notables as “Kryptonite” [feat. Rich Boy] for Mario’s Go, “Officially Over” for New Kids On The Block’s Billboard Top 200 #2 comeback album The Block, and “Sing Like Me” for Chris Brown’s chart-topping gold-certified Graffiti. Plus, his discography expanded to include Jay Sean’s international banger “I’m All Yours” [feat. Pitbull], cracking the Billboard Hot 100 and reaching double-platinum status in Australia. He powered “Love Me Some You” and “K.I.S.S.” for Mýa as well. Plus, he collaborated with Lady Gaga, Enrique Iglesias, and Brandy in the studio. In parallel, he developed a particularly distinctive style as a solo artist, touching on nineties R&B on early independent releases like “Situationship.”

‘Feel Better ‘ is written by Atozzio the ‘Muse Group’ signee, record executive Vincent Herbert’s label. Speaking about the single Atozzio says  “The song was inspired by having my heartbroken by the one woman that I wanted to leave the streets for. She was my everything and it was the one time that I was really in love.  I thought she was really the one, but life goes on.”

‘Feel Better is a lyrical story of how relationships can be so confusing, and oftentimes create mixed feelings between couples. Atozzio delivers raw emotion and feelings on the track with a smooth unbothered vocal performance, while serving his best revenge without resentment.   For him, it’s like two ships passing in the night as his feelings for his ex are empty, and no longer intertwined in love. This is a great single with a very catchy hook that anyone who has had a similar situation can relate to.

You can catch Atozzio later this month at the Essence Festival in New Orleans where he’ll be making his debut.

For now, take a listen to ThisIsRnB’s Exclusive Premiere of “Feel Better” below.  Releasing worldwide on June 17th.