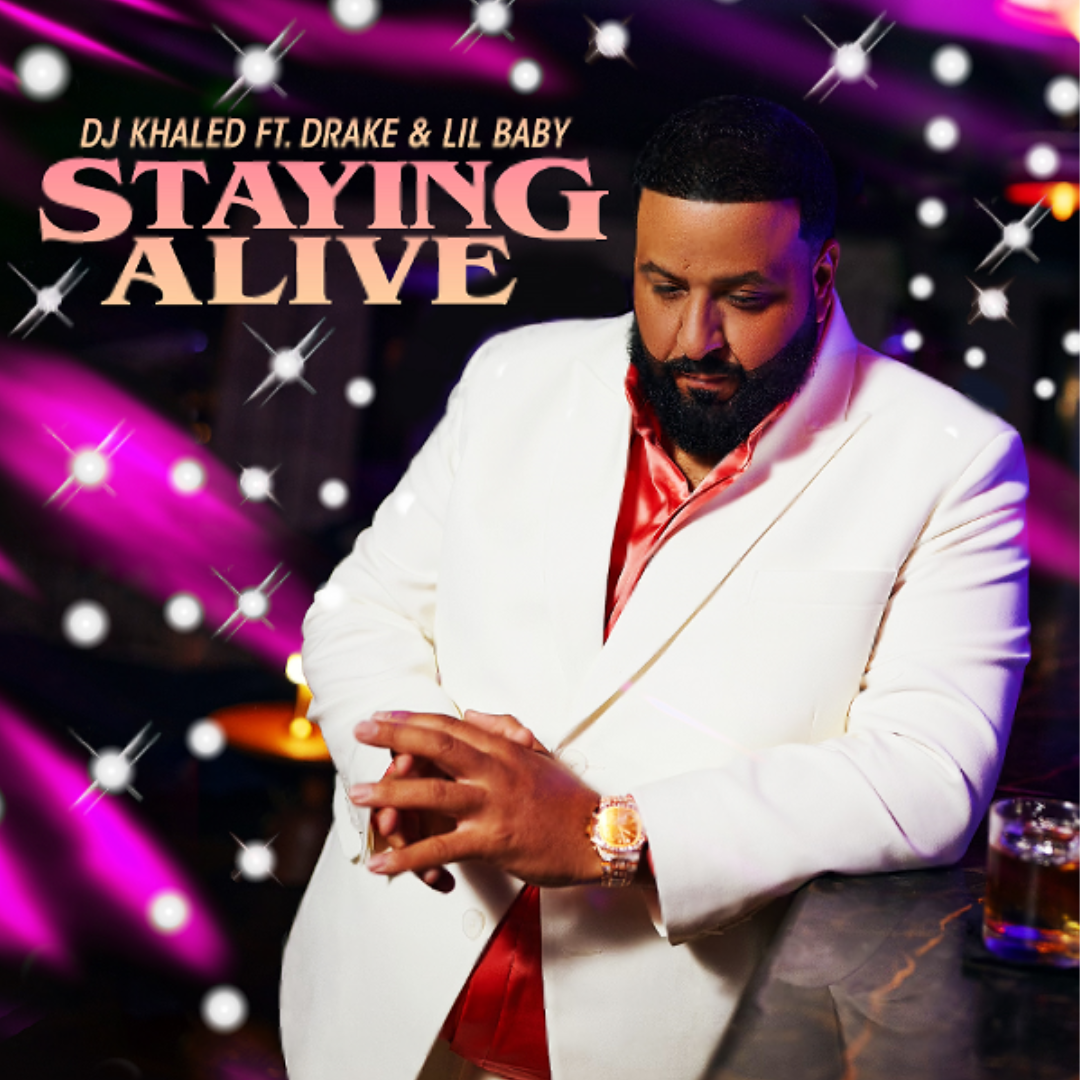 “Staying Alive,” will be featured on his 13th full-length studio album “God Did,” which is set to release Friday, Aug. 26 via We The Best Music Group/Epic Records. The chorus is a hip-hop sample of the Bee Gee’s hit song, “Staying Alive,” which was released in 1977. In fact, the Gibb trio is listed as lyricist and composer on the song’s credits.

“Staying Alive,” is a survivor’s anthem and talks about overcoming, staying on top, and seeing who’s really down for the ride. The chorus says:

When Khaled announced the video on his Instagram, he introduced the staff of “Khaled Khaled Hospital (K.K.),” which is the setting for the music video. He introduced Drake as Dr. Graham (head of neurosurgery) Lil’ Baby as Dr. Jones (head of cardiothoracic surgery) and himself as Dr. Khaled (head of general surgery.)

The video starts out at Khaled Khaled Hospital with DJ Khaled addressing hospital staff with an inspirational talk and at the end saying, “God did it.” Throughout the video, Drake is characterized as a doctor signing paperwork and attending to staff, but the hospital is not regular-it’s actually a party scene as well. Hospital staff is treating patients, then taking shots and hookah to celebrate saving lives.

The video ends with Khaled, Drake, and Lil’ Baby in the parking lot, vibing to the song with various emergency vehicles surrounding them.

Of course, “Staying Alive” continues a legendary series of collaborations with Drake, including the triple-platinum “POPSTAR,” triple-platinum “For Free,” double-platinum “GREECE,” and gold-certified bangers—“To The Max,” “I’m On One” [feat. Drake, Rick Ross, & Lil Wayne], “No New Friends” [feat. Drake, Rick Ross, & Lil Wayne], and more. Meanwhile, it also extends an important creative partnership with Lil Baby, spanning the triple-platinum “Every Chance I Get” [feat. Lil Baby & Lil Durk] and platinum “You Stay” [feat. Meek Mill, J Balvin, Lil Baby]. But this is the first time Khaled has dropped a track with both Drake and Lil Baby.

Last year, Khaled unleashed his 12th full-length album, KHALED KHALED [We The Best Music Group/Epic Records]. It arrived as his third #1 debut on the Billboard Top 200, sixth #1 on the Top Rap Albums Chart, and fourth #1 on the R&B/Hip-Hop Albums Chart. It also reached platinum status.

Take a Listen to “Staying Alive” by DJ Khaled, Drake, and Lil’ Baby, and watch the official video below: