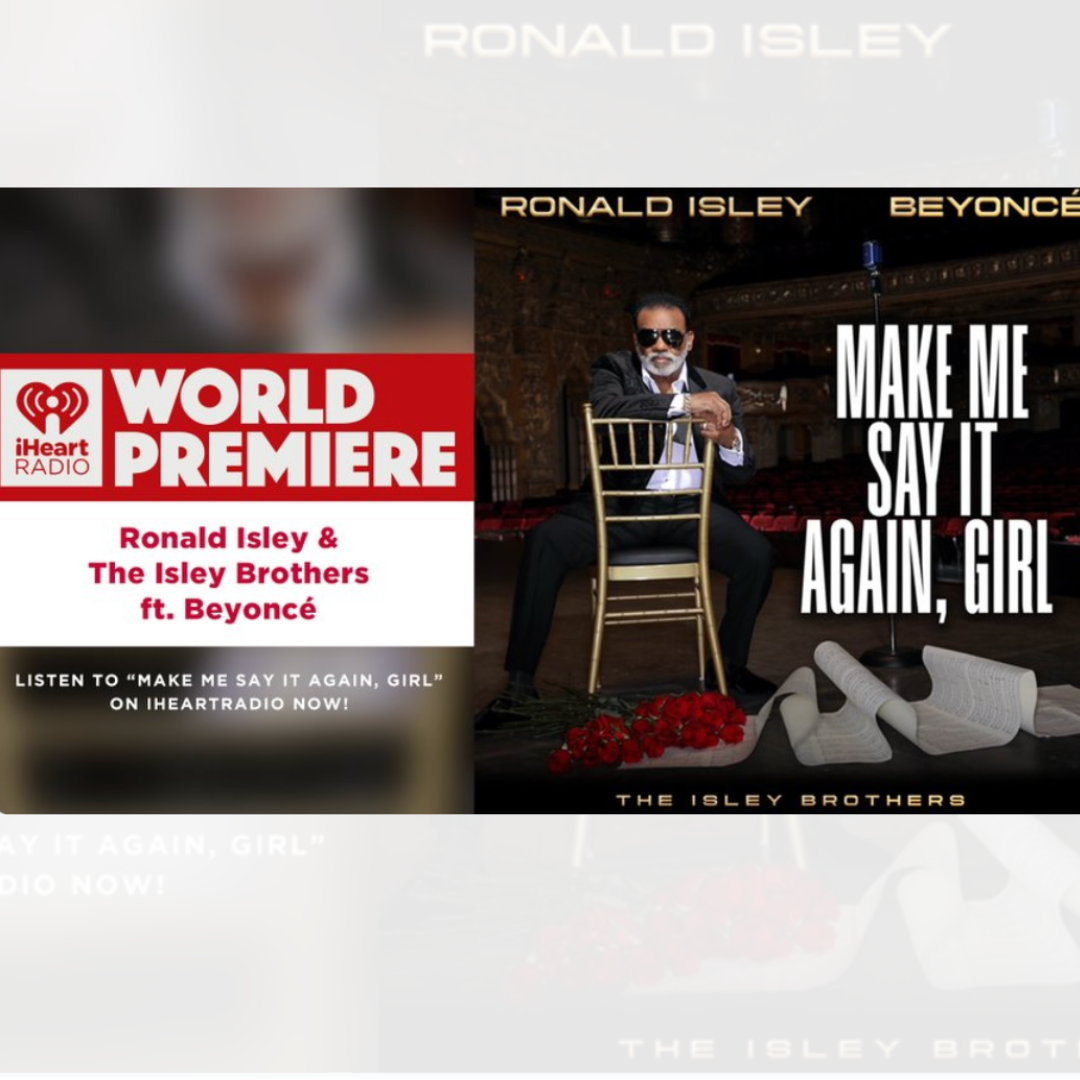 Ronald Isley & The Isley Brothers announced the arrival of their new song with the one and only Queen Bey, Ms. Rennasance, Beyonce, “Make Me Say It Again, Girl.” The original record was written by all of the  Iconic Isley Brothers; Ernie, Marvin, O’Kelly, Ronald, Rudolph, and Chris Jasper for The Isley Brothers’ platinum-selling 1975 album, “The Heat Is On” the group’s first NO.1 title on BILLBOARD 200.

The 2022 remix, Ronald Isley and The Isley Brothers with Beyonce’s is playing exclusively on IHEARTRADIO before it releases everywhere on Friday, August 12.

“Make Me Say It Again, Girl” is set to be on The Isley Brothers’ upcoming album, which is expected to release later this year.  It is the second track put forth from the new album following the lead single “Friends and Family” featuring Snoop Dogg. The album also features various other artists including Rick Ross, Trey Songz, Alicia Keys, and Drake as well as production from Scott Storch 1500  or Nothin’, Eric Hudson, and more.

“Make Me Say It Again, Girl” Feat. Beyonce’ is a beautiful sweet rendition of the classic R&B Isley Brothers smash hit song. Preserving the classic and presenting it to a new audience to enjoy the magic of the harmonies and lyrics that are unmatched hands down. As extraordinary showmen, the Isley Brothers were, and are still FIRE with the pen and vocals, who, one can arguably state, the best who ever did it. They continue to deliver heart-racing love lorn songs with this one staying true to form.

Check out a snippet now of Ron Isley & The Isley Brothers feat. Beyonce’,“Make Me Say It Again, Girl” below.  Keep an ear out for the release coming this Friday 8/12.