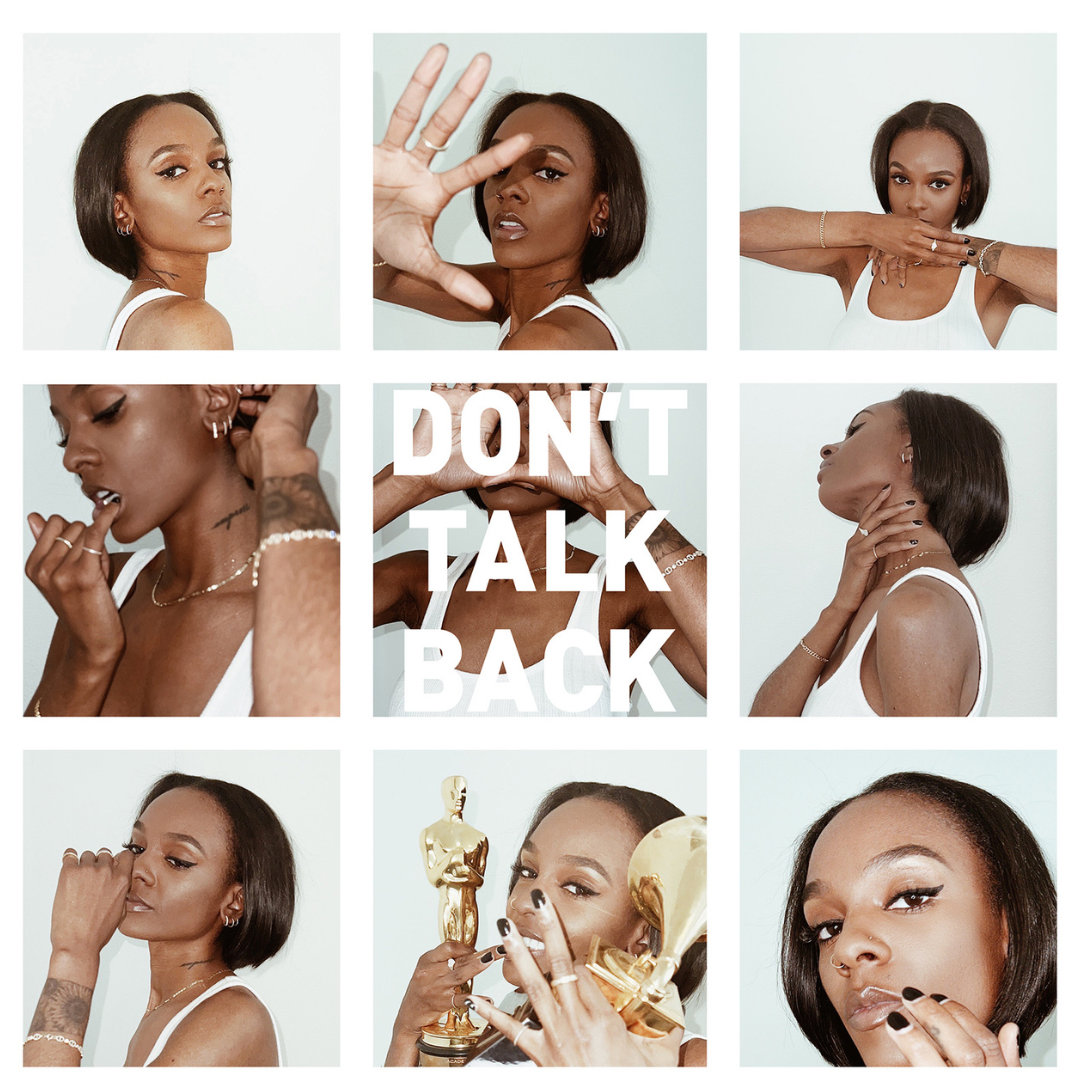 It’s been exactly 15 days since Grammy and Oscar-winning singer-songwriter Tiara Thomas released her highly anticipated single “Don’t Talk Back.” As music lovers were shifting into a new season, we were looking for ways and reasons to step into Autumn and settle into the Fall with full control while dominating in the one space where we all find pleasure, passion, and performance – the bedroom.

In a recent social media post, the songstress broke the news of her latest release. “Excited to finally be dropping my new single tomorrow at 9 am! I am grateful for everyone who’s been rocking with me and supporting me from the start, I know y’all been waiting on new vibes.”

“I hope you stream, enjoy and share and not listen to my shit through your iphone speaker. “DON’T  TALK BACK tomorrow,” she wrote to her Instagram followers.

The wait was officially over after Thomas’s 2-year hiatus. Thomas returned stronger than ever having revolutionalized into a more elevated sound. “I definitely think I’ve been more experimental. It’s less about trying to come up with music that’s appealing to radio and more about what kind of music I want to make. I think the sound is more musical. I’ve been more comfortable with mixing genres,” she tells ThisIsRnB.com.

The single starts off with alluring, sensual lyrics that will set the tone for any romantic evening. “Obviously it’s what you’ve been waiting for/ I’ll be on a Lyft before you say some more/ And I know that you’re used to being in control/ but I’m a take off all your clothes,” she sings in the first verse.

Her voice rode soulfully along the unique beat of drums that mimic the sound of horses galloping at the back of a rider with a crop. The song is great for any woman who likes it cow-girl style, giving a sense of empowerment to every lady in public that loves to be a freak in the bedroom. It’s an anthem with both aggressive and submissive undertones – depending on the position.

“I want this to be a song that makes women feel powerful and sexy. It’s something you can dance to and be playful with. “Don’t talk back” doesn’t necessarily have to be used in a sexual sense though. It can be like a flex like, I just got laid, don’t talk back, Thomas tells ThisIsRnB.com.

Fans commented on her Instagram post with just about every celebratory emoji in the book – hand claps, burning fire, hearts, and symbols of a goat. Her impact is known and felt by thousands of fans worldwide. “Elevation at its finest,” wrote one fan. Another fan commented, “Playing this now. The way your vocals slid on this beat, this is a dope track.”

The accomplished star didn’t leave without sharing her most memorable moment while working on her new music. “I made it with my friends Ron Gilmore and Sam Ashworth. I’ve worked with them both separately, but that’s the first time we all worked together and everyone is so dope so it was cool to bring our vibes together. I also co-produced it, so working on the actual track was really fun,” she tells ThisIsRnB.com.

Take a listen to Tiara Thomas the feel-good sexy single “Don’t Talk Back” here. Available on all streaming platforms including but not limited to Spotify, YouTube Music, Pandora, Apple Music, iHeart, and Deezer.

For more information on TiaraThomas, Follow her on IG @Tiara_Thomas