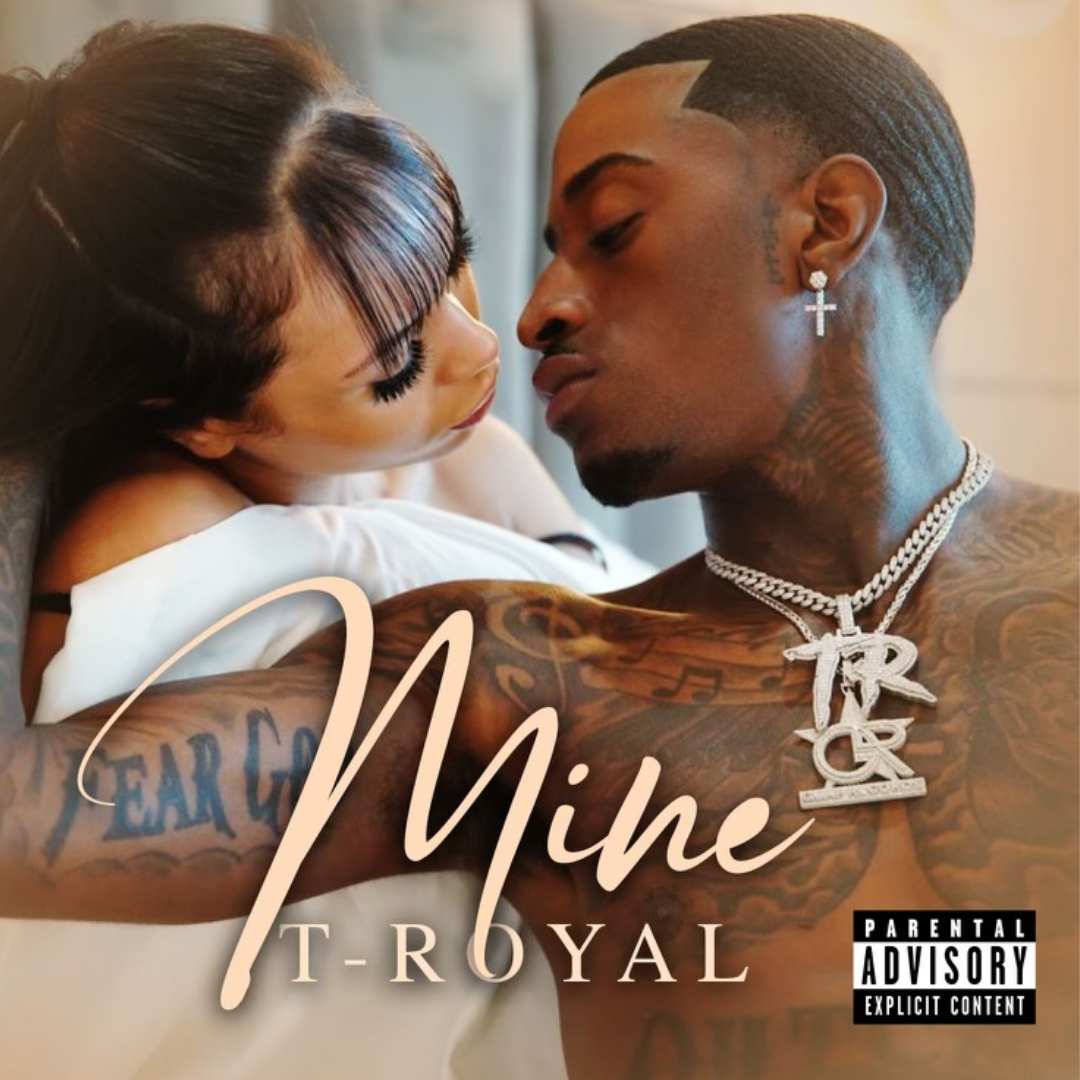 R&B singer T-Royal is back with a new visual and single, “Mine.”

Sexy, with a laid-back tempo, lyrically “Mine” touches on a man telling a woman how he wants to make love to her all while he claims what’s rightfully his!
“Mine” chronicles passion, and the track will surely speak to the lover in you. T-Royal soulfully boasts his confidence in knowing his love belongs to him all while explaining how he plans to make her feel special.
Marking a musical shift, T-Royal explains the inspiration behind the song.
“The inspiration behind “Mine” came from a female friend that was involved in a relationship that went wrong. With me knowing her qualities, and with me keeping our relationship strictly friends, it gave me more motivation to own what was mistreated,” said T-Royal.
T-Royal has been receiving a tremendous amount of love from R&B legends and veterans as well such as Tevin Campbell, LaTocha Scott, Tamar Braxton, Jagged Edge, Keith Sweat, Anthony Hamilton, Jermaine Dupri, Bryan-Michael Cox, and many more.
He’s additionally caught the attention of some of today’s brightest stars such as Ella Mai and Queen Naija.
The Atlanta star has amassed millions of views showcasing his vocal talent on Instagram and TikTok through covering classics. With this momentum, T-Royal is definitely the next big R&B superstar.
Check out the video for “Mine” below, and check out this moment between T-Royal and Tevin Campbell here https://www.instagram.com/p/CkonpsvgniC/
Tags: Anthony Hamilton,Bryan Michael Cox,Ella Mai,Jagged Edge,Jermaine Dupri,keith sweat,latocha scott,Queen Naija,T-Royal,tamar braxton,tevin campbell
Preview post

Jill Scott and Live Nation Urban announce the 23rd anniversary tour of the "Who Is Jill Scott?" Words & Sounds Vol. 1