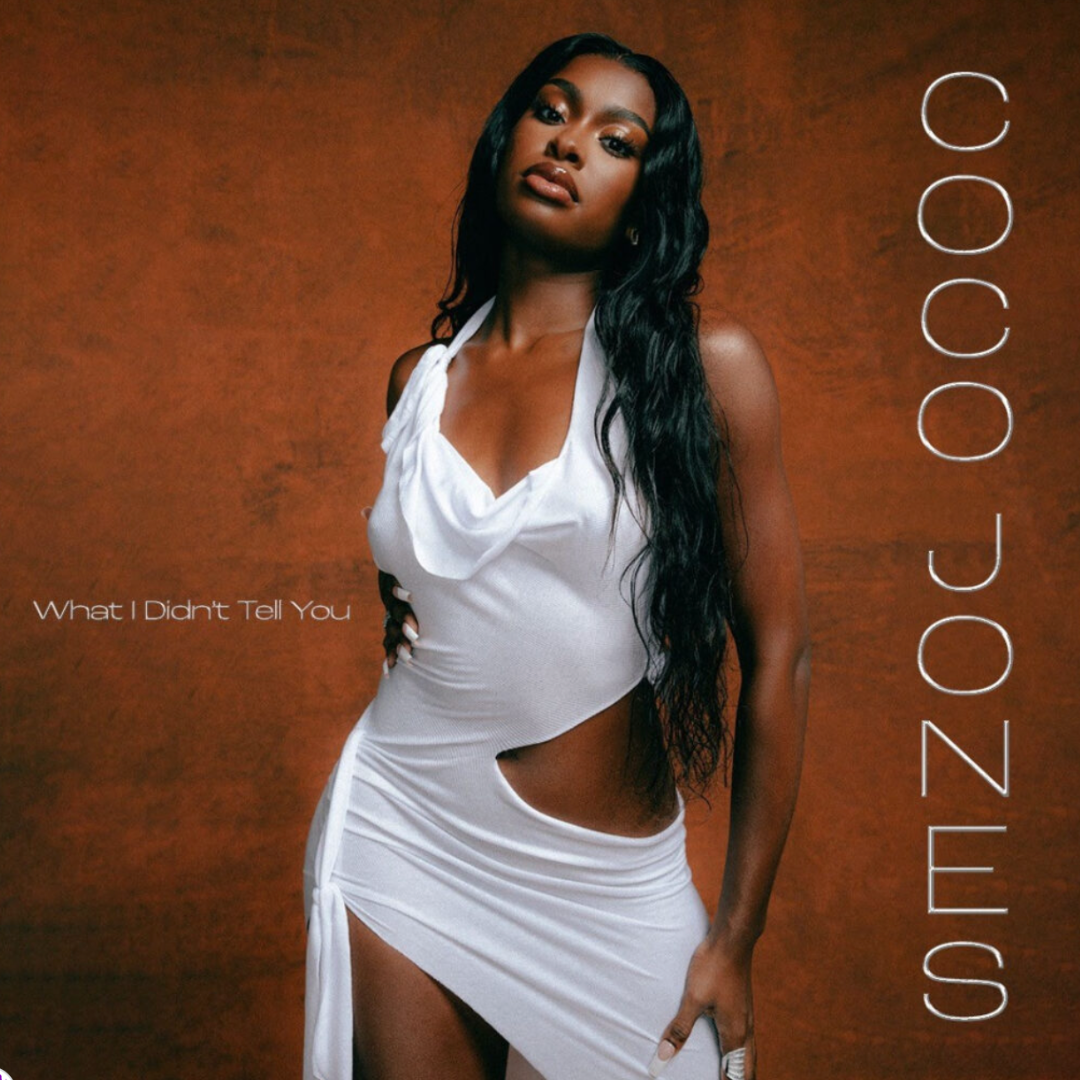 Buzzing actress-recording artist Coco Jones makes her formal introduction to the R&B landscape with the release of her debut EP, “What I Didn’t Tell You.”

Led by the 24-year-old’s new single, “ICU,” the prelude to the forthcoming Def Jam debut album includes six new songs and the previously released track “Caliber.” For Jones, What I Didn’t Tell You is her breakout moment as a recording artist.

Jones told Essence, “We could expect a lot of different cadences and sounds and styles because I feel like, because I do this whole acting thing, I can embody all these characters. I’ll be like, ‘Which one of these is the most Coco of all these characters?’ I do feel like I have 17 personalities, so what I really want with this album is to tell these stories that people haven’t seen from me because they’re all off-camera. That’s why it’s ‘What I Didn’t Tell You.’ These are the things that were happening in my personal life when I wasn’t playing these roles, and when I wasn’t in front of these interviews. It was just me turning up and living and learning and being happy and sad. These are my personal stories, and I want my audience to help me pick which lanes to really tap into. When this album comes out, it’s a lot more on a different theme, but this one has all different types of inspiration.”

What I Didn’t Tell You displays Jones’s versatility as a singer/songwriter/performer. The album addresses vulnerability, love, and all the experience that come with life. “I feel like music is such a platform, and if you think about it, music is everywhere,” said Jones. “In the elevator, in the coffee shop, in the spa, it’s everywhere, and it can create environments. I feel like the importance of being vulnerable is to tell stories that are useful, to use that platform to make people feel heard and seen, and give them an outlet and a new world to transform into, but you can’t do that if you’re holding back. That’s what I’m really trying to do with What I Didn’t Tell You. Even “ICU,” my single that just came out, the guy that it’s about is currently hitting me up like, ‘What? Are we serious? Are you really telling our business all around?,’ and I’m like, how do I not? How do I hold back and call myself an artist? That’s just what it’s got to be. I’m going Taylor Swift. I’ll write a song about your ass.”

What I Didn’t Tell You is Jones’s first release under her new record deal with High Standardz Records, which is an entity under Def Jam Recordings-Universal Music Group. The album is mature, refreshing, and, most of all, exciting. This album is the perfect origin point for newfound fans to hop on the Coco Jones bandwagon.

Outside the debut, Coco Jones recently collaborated with R&B legend Babyface on the track “Simple” from the new album, Girls Night Out, out now via EMPIRE. Along with Coco Jones, Babyface’s album includes an all-star lineup of songstresses such as Kehlani, Ella Mai, Queen Naija, and Ari Lennox.

Jones is currently working on her debut album, which is set for 2023. Until then, you can catch Coco Jones as Hilary Banks in new episodes of Bel-Air that returns on February 23, 2023, on Peacock Network. Watch the season 2 trailer for Bel-Air, here.

Stream the full debut, courtesy of Def Jam/UME/High Standardz, below.