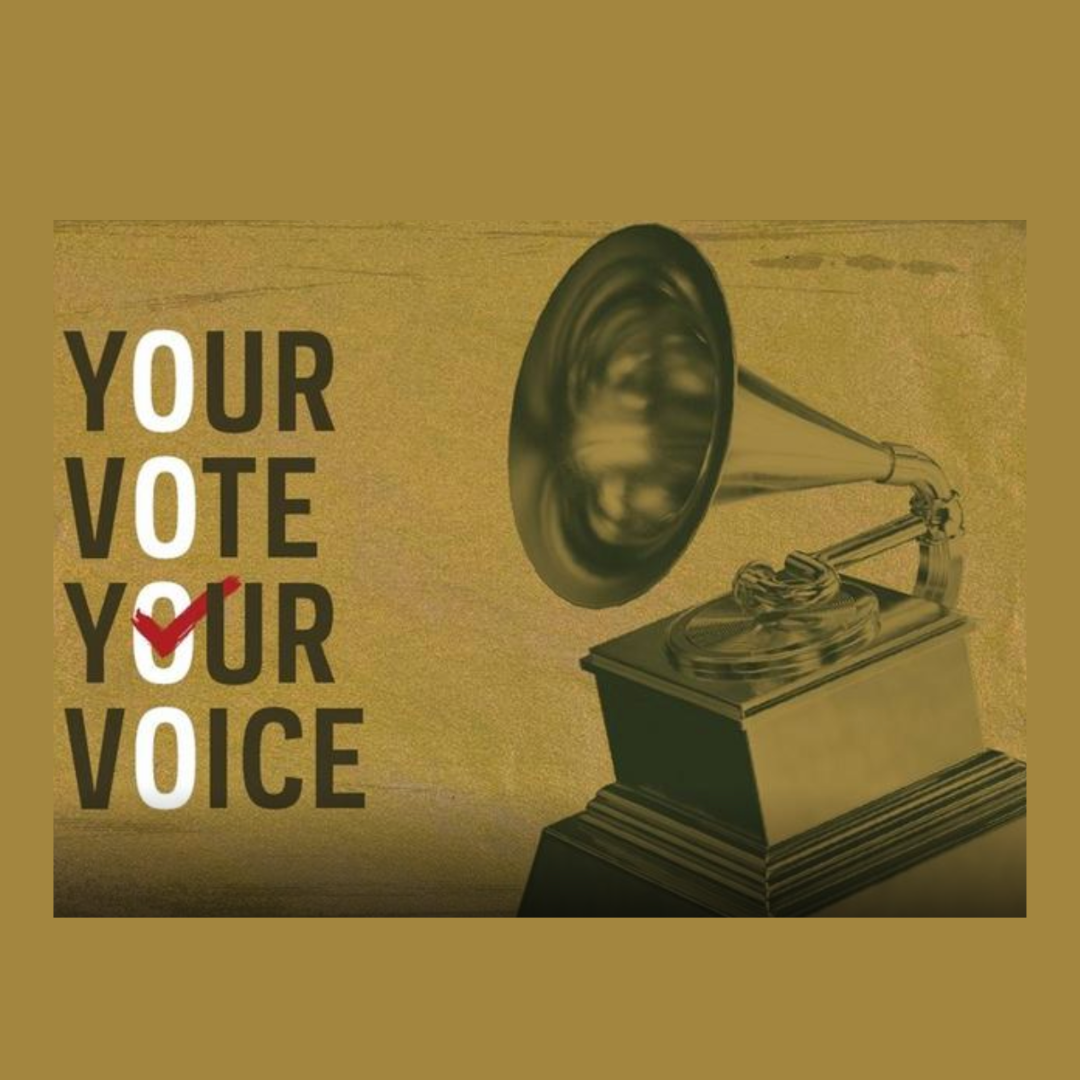 Time to Cast The Final Vote!

The Recording Academy members will cast their ballots for the final round of GRAMMY Awards voting – which determines the winners of the 65th Annual GRAMMY Awards – beginning tomorrow Wednesday, Dec. 14 until  Wednesday, Jan. 4, 2023.

The Frist Round of voting took place in October and last month, Recording Academy CEO Harvey Mason Jr. joined creators across genres and crafts, including Olivia Rodrigo, Machine Gun Kelly, John Legend, Smokey Robinson, and more, to reveal the full list of nominations for the 2023 GRAMMYs. To see the full list of nominees click the link HERE.

Now it’s time for the Final GRAMMY Round of Voting!

Beginning tomorrow December 14, 2022, until January 4, 2023, The Recording Academy Members will cast their ballots to determine who will take home a golden gramophone at the 65th GRAMMY Awards, Telecast on Sunday, February 5, 2023.

A total of 16,741 eligible entries were submitted for GRAMMY consideration this year and Recording Academy voting members — music professionals across all genres and disciplines, including recording artists, songwriters, producers, and engineers — participated in the voting process to nominate the year’s brightest talents.

Thanks to their votes, there was a wide range of musical genres represented in this year’s nominees, including dance/electronic, R&B, rap, pop, American roots, Latin, and rock. Additionally, nearly half of this year’s leading nominees are women and more than half are people of color.

As Academy voting members prepare to cast their votes,  a helpful guide has been assembled with all the must-know information about the Final Round GRAMMY Voting process behind music’s only peer-recognized honor.

The Importance of Final Round GRAMMY Voting

The annual GRAMMY voting process is divided into two phases. First Round Voting determines all the GRAMMY nominees for each GRAMMY Awards year. Once the nominees are determined, Recording Academy voting members return to the ballots to vote during Final Round Voting, which ultimately determines the GRAMMY winners across all categories to be revealed on GRAMMY night.

To ensure all artists, musicians and creators are fairly evaluated based on their artistic and technical merits, it is vital for all Recording Academy voting members to participate in both First Round Voting and Final Round Voting. This will help the wider music community determine the leading music of the year, as voted on by their peers.

The GRAMMY is music’s most prestigious honor and the only peer-recognized award in music. It represents the full recognition and respect that comes from within the global family of music people. Every vote affirms this prestige and continually refreshes the meaning of excellence in music and the recording arts and sciences.

As active, working musicians and creators across all genres and crafts, Recording Academy voting members are responsible for representing the international music community and celebrating the creative accomplishments of their peers.

To evolve alongside the ever-changing musical landscape, the Recording Academy accepts proposals for GRAMMY category changes or amendments from its robust, diverse membership body every year.

As a direct result of this annual membership-driven initiative, the 65th GRAMMY Awards will honor creators across 91 total categories, including the below five newly announced categories, which will debut at the 2023 GRAMMYs next February:

Remember: Like in First Round Voting, Recording Academy voting members can vote in up to 10 categories across up to three fields on their member ballot, in addition to all four categories in the General Field (Record Of The Year, Album Of The Year, Song Of The Year, and Best New Artist). To help ensure the quality of GRAMMY voting, members are directed to vote only in their areas of expertise.

Before voting opens, please make sure you have the correct email and password. If your credentials are invalid, reset your password. For further assistance, contact the Membership Department at membership@recordingacademy.com.