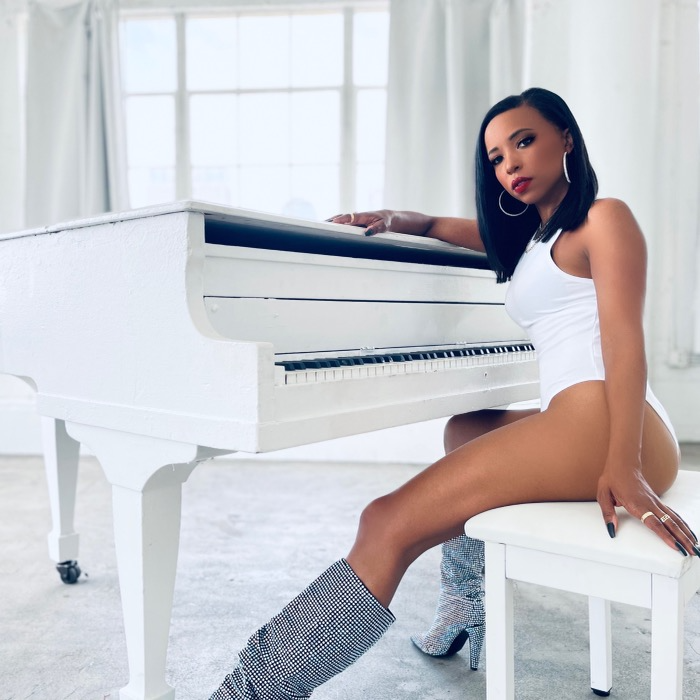 R&B singer-songwriter Coline Creuzot is debuting the intimate, live acoustic version of her single “That Feeling,” with ThisIsRnB– a song that talks about letting go in a relationship when the passion is no longer there.

The single will officially release tomorrow.

The single gives the sense of a live performance while Creuzot pours her heart about “that feeling” she’s having that the relationship is over with her lover. She starts the song with the lyrics, “we just going through the motions/ it don’t feel the same. Even though I love you, it feels different, baby.”

Creuzot goes on to question where things went wrong and although she still loves the other person, she admits that it’s possible to love someone but not be in love with them- a common theme in relationships. Sometimes it’s hard to let go of the norm, what you’ve always known, even if you know that person is not the one.

It’s interesting this song is released during the holiday season- a time when you may really see where you stand in your relationship and in someone’s life. If you’re not invited to family gatherings or you don’t even receive a gift- that’s a huge sign that the relationship is probably over.

And the new year is quickly approaching, a time when many will reevaluate their relationship and other aspects of their life.

This song is intimate and therapeutic at the same time. Many people will be able to relate to the lyrics and it may make them think twice about staying in a dead relationship. And, it helps to know that other couples have gone through the same thing.

All you hear is Creuzot’s beautiful voice, the piano, and the electric guitar. Her vocals are strong and convincing in the song. Her singing sounds passionate-she seems to genuinely believe in the heartfelt message she’s delivering. And she gets her point across very well by controlling her voice and throwing in some runs here and there. There are times when she pulls back and sings in a falsetto, which further supports her feeling of uncertainty about moving on and wondering what happened.

And as a special treat, click on the link here to view Coline’s acoustic version of “Love” by Keyshia Cole, this is a moment that is going viral on social media already amassing close to 7k likes on Instagram.

To listen to “That Feeling”  live acoustic version by Coline Creuzot, click below:

Coline Creuzot has opened for Drake, Keyshia Cole, David Banner, and T.I. and has collaborated with icons such as Sam Hook (Ne-Yo, Ella Mai, Trey Songz, Keyshia Cole) and Happy Perez (Miguel, Mariah Carey, and Frank Ocean) throughout her career. She has received acclaim from several publications such as BET, Essence, Earmilk, and VIBE, and called “an artist at the forefront” by Ebony Magazine.

The three-time chart billboarding released several singles and the. an album entitled “Unplugged” with live stripped-down versions of her most popular songs in 2021.

Rotimi Takes over the streets of Lagos Celebrating his culture in official video for "Make You Say" Feat. Nektunez