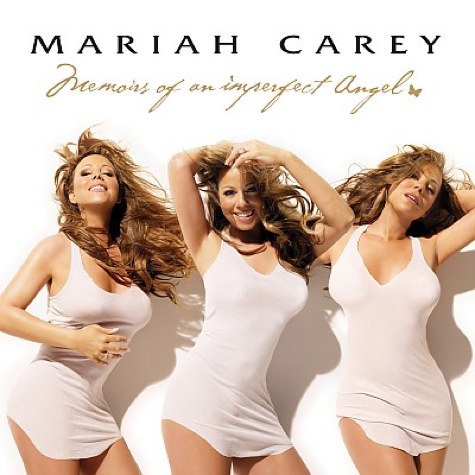 Here is the official album cover artwork for Mariah Carey’s forthcoming 12th studio album, Memoirs Of An Imperfect Angel. Below is a statement she released via her twitter page in reference to the image.

“The reason I chose to use 3 images for the cover is cos there are a lot of different emotions and stories revealed on this album. I knew it might leak 2day so I figured might as well give it a nice debut:) Hope “You like this and you know it”(sung like “its like that” haha“.