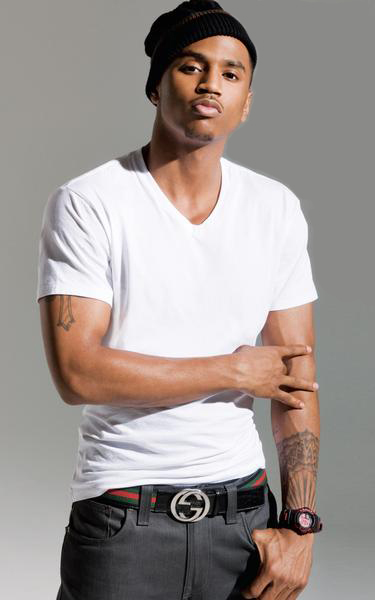 Here is one more track from Trey Songz Music Mondays. This was unexpected but Trey takes the brand new Jay-Z record “D.O.A. (Death of Autotune)”, and he goes in on R. Kelly!!! Trey went on record to say that he has no beef with R. Kelly but is in fact a huge fan of the guy. He mentioned that he’s taking a direct shot at R. Kelly because he knows R. Kelly can sing & that’s why he is against him using autotune. Trey also says that if it takes a “young R&B cat” like himself to “light a fire under Kellz’ ass” & stop his current direction, then Trey’s fine with that (even if Kellz decides to respond). He said a lot more & took some more shots, which you can see on his Twitter. Now I think R. Kelly was just having fun, and is slightly brainwashed like everyone that thinks its all about autotune these days, but he was just doing Mixtape records. If this really made Trey that mad thats his business. I was mad over the new Mary joint with autotune, so to each his own. Check it out, Trey also added his recently leaked new record with Drake, “Invented Sex” at the end. Shout to Needle and Young Kingz for the heads up.