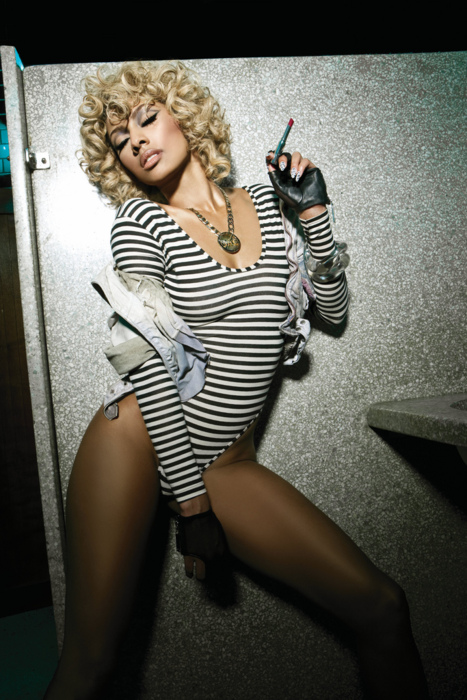 R&B hitmaker Keri Hilson was welcomed by fans in the UK this week when she arrived in London in support of her sophomore album No Boys Allowed. While in the country, the starlet discussed her thoughts on the controversy surrounding the visual for ‘The Way You Love Me‘ , Chris Brown and how she feels about female artists of the 90s.

Speaking directly to Soul Culture she revealed when asked about ‘One Night Stand’ collaborator Chris Brown:

“I don’t believe in undermining anyone’s creative efforts for a mistake that they make in their personal life/As long as it didn’t affect your work, I can’t fire you. That’s your PERSONAL life, I’m not going to undermine what you bring to the table; what you bring to my business – I take that same view in music. We did this with Michael Jackson; we did this with R Kelly.Chris Brown is a great artist, and I will continue to collaborate with anyone who I consider a friend.”

On the controversy she faced from ‘The Way You Love Me’:

‘“It probably deserved some criticism. Did it affect me? No. The language deserved the criticism though, absolutely.That wasn’t the version that I sang to. If you look closely, I’m not singing ‘fuck me,’ I’m singing ‘thug me’. The video I recorded was the album version – somebody decided to sync the other version with the video and put that on a site. It got 14 million views in less than a week. You can’t really be mad if people want to see something that you do, so I didn’t feel the criticism. I was just happy that people cared.”

Discussing female artists in the 90s:

“Back then, I think there was a choice. You had people that didn’t, like Toni Braxton and Whitney Houston. You had Mariah Carey, who eventually went there, but wasn’t sexual when she first started. These days there doesn’t seem to be such a broad stroke of types of artist. You’re either folk or soul, or else you’re R&B or pop – and then it’s almost like the sex has to be a part of it.”

BEYONCE TALKS EVOLVING AS AN ARTIST, PUSHING THE LIMITS AND MORE