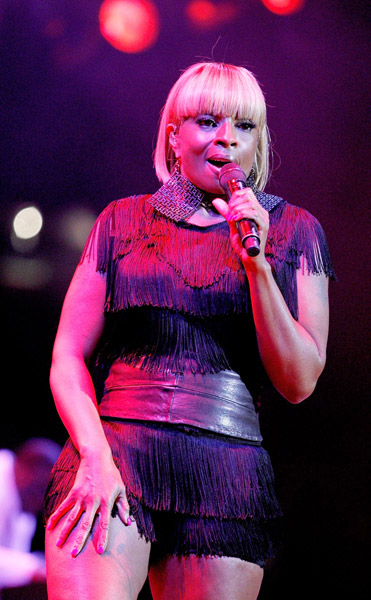 The ESSENCE Music Festival came to a close on Sunday with headliner Mary J. Blige. The Queen of Hip-Hop Soul reigned over the Louisiana Superdome in New Orleans with a retrospective of her hits, ranging from “Real Love” to “The One.” Earlier in the evening, Trey Songz catered to the mostly female audience with his sexy set and New Edition reunited onstage for the first time since 1996. Other acts on the final day’s lineup included Kelly Price and George Clinton and Parliament Funkadelic.

Check out photos after the jump.

VIDEO: LLOYD PERFORMS "LAY IT DOWN" AT ESSENCE MUSIC FESTIVAL