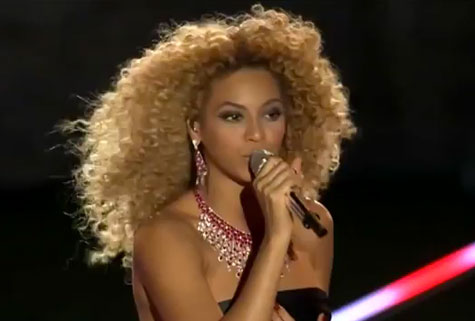 Beyoncé showed her stars and stripes, performing on Macy’s 35th Annual 4th of July Fireworks Spectacular. With the Statue of Liberty in the background, a glamorous B graced the stage in a black gown to perform her single “Best Thing I Never Had” in front of an audience that included men and women of the armed forces. The patriotic songstress returned to celebrate America’s birthday with her Lee Greenwood cover “God Bless the U.S.A.” before fireworks exploded over New York’s Hudson River.

View the footage after the jump.