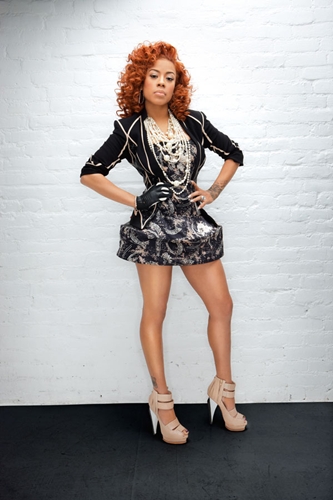 Less than a year after releasing her latest album, Keyshia Cole is back in the studio working on new material. The songstress is eyeing an early 2012 release for the as-yet-untitled project.

The follow-up to last December’s Calling All Hearts is due in February, Keyshia revealed on Twitter. She has been writing with hitmaker Ester Dean and says the new material is unlike her previous four albums.

“I’m in love with these songs I’ve recorded. REAL TALK,” wrote the mother of one, who is also scheduled to hit the studio with Boi-1da (Drake, Eminem).

Earlier this year, the 29-year-old singer split from her longtime manager Manny Halley and is now being represented by music executive Kevin Liles, who manages Trey Songz.

In between music, she is taping her new reality series “Family First” and will celebrate her marriage to Daniel “Boobie” Gibson in an island ceremony in Hawaii.