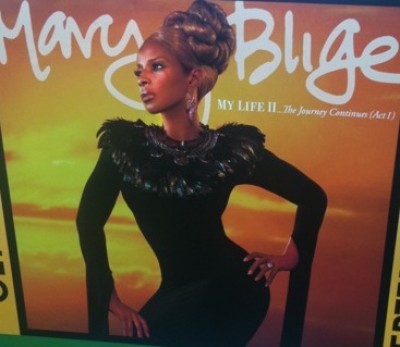 During MJB’s stunning performance on Good Morning America’s concert series, the network aired a glimpse at what may be Mary’s new album cover. The Queen of Hip-Hop Soul appears glamorous and regal in the artwork. My Life II is intended for a November release and has yielded the buzz song “Someone To Love Me (Naked)” featuring Diddy & Lil’ Wayne, and the brand new official first single “25/8” produced by Eric Hudson.

What do you think of the potential cover?