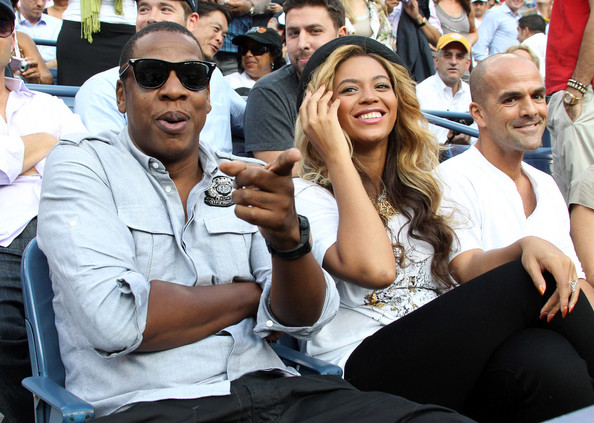 According to Kelly Rowland, Beyonce and Jay-Z are expecting a baby girl! B’s former Destiny’s Child bandmate accidentally revealed the gender of the child when chatting with Us Weekly at the Cosmopolitan Awards in London on Thursday night. When asked what she was planning to get the baby for the R&B queen’s baby shower, Rowland replied “I don’t know…I think her dad is gonna give her everything anyways, all I can give her is love.”

Rowland also spilled the beans in an interview with Bang Showbiz, “I’m so happy for my sister and her husband. They’re so happy in this moment right now, as they should be. They’ve made a little bundle of love, I’m so excited for them,” she said. “I have no idea what I’m going to buy Beyoncé at the baby shower because Jay is going to buy that little girl every single thing possible. She won’t be spoiled but she will be very well looked-after.”

Beyoncé and Jay-Z have not officially confirmed the gender of their child, who is expected to be born sometime in February.