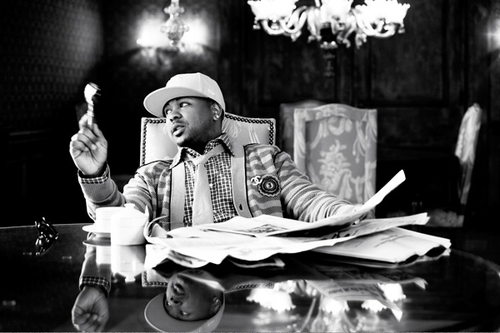 I’m still playing “1977” as I’m sure many of you are, but The-Dream has much more planned for us in 2012. The mega hitmaker has announced the first intended release date for his much anticipated forth album Love IV: Diary Of A Madman.

Taking his thoughts to Twitter, as usual, Mr. Nash shared the scheduled release date for his next official album — March 20, 2012 is the day we should expect ‘Love IV.’

That is only a fraction of what Terius has planned though. He is hoping to release two more free projects – “1984” and “Nikki,” a fifth studio album, tentatively titled “Love V,” which he says he already has a concept for and plans to begin recording in March, and a movie with Big Sean including a soundtrack.

“should be done all in 2012 “RADIOKILLA RECORDS WHY BECAUSE THIS IS WHAT THE FUCK WE DO!” THELOVECULT MY FANS ARE THE REALEST PEOPLE ON EARTH,” tweeted the inspired R&B genius.

Sounds insane, maybe even too much for 1 year, but if it’s all great, let’s get it!!

What do you think? Are you excited for all this new material from Dream?

ERYKAH BADU BEHIND THE SCENES FOR GQ'S 'THE SURVIVORS'