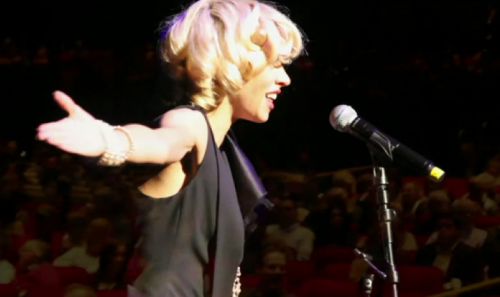 Atlantic Records artist Lauriana Mae embraces the #MonthofMAE by releasing a new webisode series and brand new music. Since the release of her debut EP, “LOVE MAE,” Lauriana has been busy headlining at infamous venues, like New York City’s SOB’s, spotted working with hitmakers, like Kwamé, Claude Kelly, and Q-Tip, and preparing for the release of her album, set to drop later this year.

During the #MonthofMAE, Lauriana will release new music, official footage and personal interviews from previous performances, as she introduces her band, The Pains and depicts her life over the past few months in preparation to the present.

Check out Lauriana’s debut webisode and new song below…


You can pick up Lauriana’s EP “Love Mae”, on iTunes.