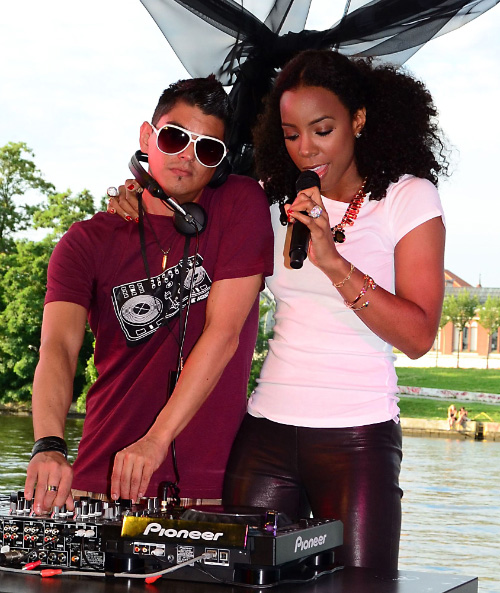 Kelly Rowland hosted Bacardi’s ‘Summer Feeling’ event in Berlin this week to celebrate the release of her promo single “Summer Dreaming,” which she recorded for their 150 Year Anniversary ad campaign. The song which was originally sung by Kate Yania over a decade ago, held the number one spot on the music charts in Germany, Austria and Switzerland.

Kelly recently released the official music video, which will be used in commercials for the campaign, see it here.

“The collaboration with BACARDÍ was so much fun” said Kelly. “We had an awesome time recording the song. The song and its history enthralled me right away. My aim was to record a joyful, colorful, sexy song and give it a bit of soul quality.”

Watch her live performance below…