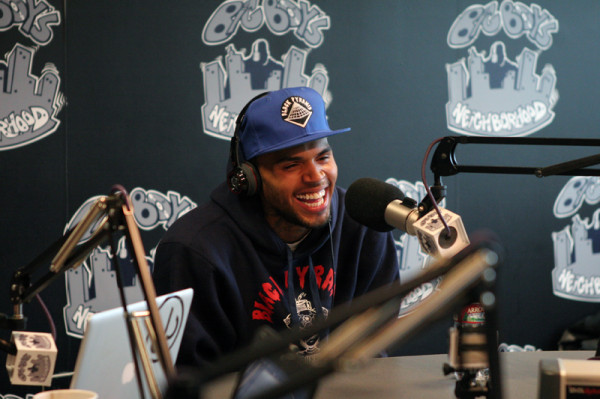 Chris Brown has been back making media runs. Early Friday Breezy paid a visit to Big Boy’s Neighborhood on Power106 in LA. The R&B star spoke about his current relationship with Rihanna, of course saying they are not back together and just working on their friendship. He does want people to just back off and let them live their lives and work on their situation. Chris admitted in the past they would like paparazzi taking pictures of them, but now he understands that attention is not important and not necessarily healthy, he also explained why he released the recent webisode about his current relationship situation between ex-girlfriend Karrueche and Rihanna.

In an additional clip below, Chris jokes and talks about all his tattoos.