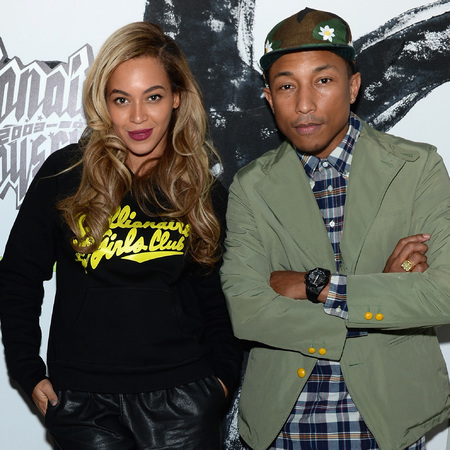 Beyoncé has everyone waiting this year, while she opened 2013 with an epic performance at the Super Bowl, delivered songs for campaigns with Pepsi, H&M, and the animated film Epic, and entertained fans worldwide with her incomparable international tour, the one thing her Beyhive wants most is a new album.

Over the months we have heard brief comments from numerous collaborators about her rumored fifth studio album, and as of last week rumors of a December release for the first single. Now, one of her friends and close collaborators, Pharrell, has provided some insight into why Queen Bey is taking so long to release the project.

In a recent interview with Billboard, The Neptunes producer blamed it on her strive for perfection.

“B’s album is crazy,” he said. “She’s very particular. She’s a Virgo. And she’s not going to put it out until it’s ready and feels like it’s right to her. She’s got a very specific taste. I guess that’s the reason she’s Beyoncé. Her name is recognizable around the globe and that’s huge. When you know what you want, you won’t stop until you get it.”

But he did offer some hopeful words for those who can’t wait any longer. “[Other people are hearing her album] and are like ‘Whoa!’ And she’s like, ‘Yeah, I’m almost done.’ And she’s the queen.”

In addition to Pharrell, Bey has been in the studio with Justin Timberlake, Timbaland, and The-Dream. “We all started in the ’90s, when R&B was the most important genre, and we all kind of want that back: the feeling that music gave us,” she told GQ in January.

When she’s not in the lab, fans can catch her on stage when “The Mrs. Carter Show World Tour” returns to the U.S. on December 2.