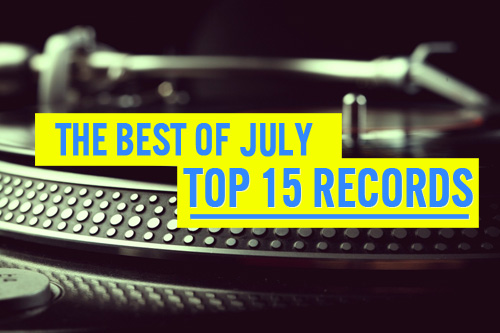 Another newcomer to the site this month is eccentric vocalist Sylvia Sylvia with her debut single, “Sweet Wine & Valentines.” Creating a sense of mystery about herself and her music, the songstress made us reminisce back to the era of the late Amy Winehouse with her unique sounding vocals.

While this year might bring the follow-up to Brandy’s 2012 album Two Eleven, the veteran songstress dropped a nice little treat for fans to enjoy. Covering the famed single “Magic” by Coldplay, the R&B vocalist definitely added a touch of magic to the already great single.

Well forget the red light special because ’90s group H-Town is giving us the “Green Light”! While it’s been over 15 years since we’ve heard an official single from the group, the now duo is back to gave us that good love making sound that we’ve been missing. Found on their upcoming album Child Support, the new single took us back to the early ’90s and reminded us just why H-Town was one of the best to ever do it.

Tank – Dance With Me

While the ladies have been busy swooning over Tank for more than 10 years, the incredible vocalist has been working on a way to make them dance. Dropping his dance heavy single, “Dance With Me,” Tank is making sure there’s a little something for everyone on his upcoming album Stronger. Set to be released on August 12, the album is sure to be a top seller amongst R&B lovers everywhere.

Talented artist Beau Vallis dropped off something nice for us to enjoy this month as well! Calling on Kelly Rowland for his love song, “Love Stand Still,” the Sevyn Streeter and Eric Bellinger penned single has been on heavy rotation around the headquarters since its arrival. Bringing in the true essence of R&B, “Love Stand Still” has us hoping that we’ll be hearing more of Beau very soon.

There were plenty of strong contenders this month. If you don’t see your favorite from July on the list, tell us in the comments section below!