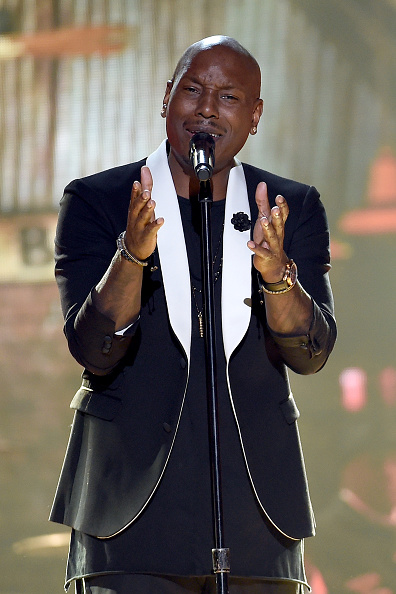 The 2015 Soul Train Awards brought Hollywood out early, as Tyrese Gibson delivered an outstanding performance of his hit single “Shame” on Sunday night.

Being the soulful crooner that he is, Tyrese passionately performed the emotional song off his latest album Black Rose. With the stage set up like a smoky juke joint, much like the video, Ty stood perched on top of a platform in the middle of the stage as woman tried to sway him away.

The singer/actor also won the Centric Certified Award, and dedicated it to R&B. “I feel like this win is for R&B,” he said. “I want to thank you for supporting our album, not my album, our album,” he told the crowd during his acceptance speech.

Watch the clip below:

Chris Brown To Donate Proceeds of 'Royalty' To Children's Hospital