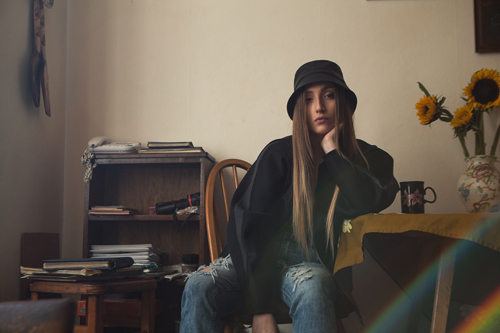 Hot on the heels of her intoxicating single “Outta Earth,” rising British R&B/Pop artist, Wolfie, announces the release of her anticipated debut EP 8 Ball, alongside the premiere of new song “100.” The eight-track EP is set to be available as a free download via Wolfie’s SoundCloud page on May 6.

About the new track Wolfie says, “I feel like there aren’t enough songs that reflect a person wanting to just actually know where they stand regardless of the outcome, whether it be living happily ever after or going your own separate ways; either way just be real with me. ‘100’ is literally about being 100 with someone whatever the weather.”

Snares clap over bursts of spaced-out synths on the Show N Prove-produced track as Wolfie cooly cautions, “Ain’t no muthaf*cka out here gonna play me.”