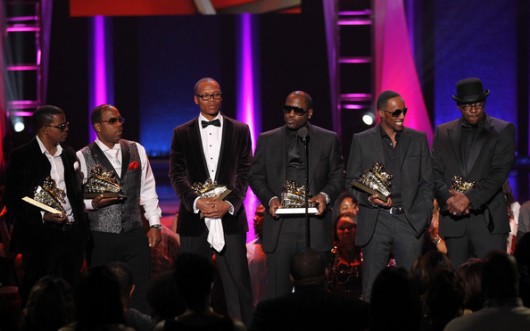 New stars will be added to the world famous Hollywood Walk of Fame next year.

The Hollywood Chamber of Commerce and Walk of Fame have announced the honorees for the class of 2017, a roster that includes R&B legends, New Edition, and John Legend.

But that’s not all. For the recording category alone, the list of honorees also features Ice Cube, *NSYNC, Hall & Oates, Clarence Avant, and the late Selena.

Meanwhile, Elvis Duran will be honored in the radio category, while Criss Angel, Jeff Dunham, and Gustavo Dudamel will earn stars in the live theatre/live performance slots.

The Walk of Fame has yet to announce dates for the 2017 ceremonies.