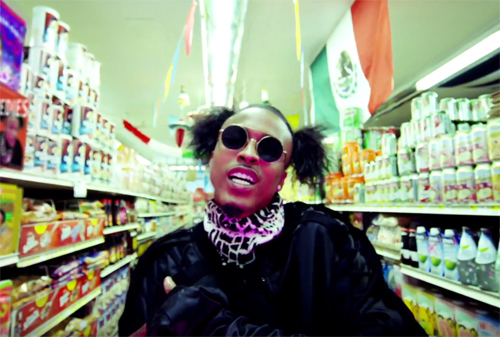 August Alsina has been caught up lately and he’s tired of being alone in the trippy visuals for his new song “Lonely.”

Calling his girl from a pay phone in the opening scene, Alsina then steps into a local grocery store, where he performs the sultry cut that samples the Bobby Womack classic “If You Think You’re Lonely Now.”

The New Orleans native glides through isles of cereals named after him, as he interacts with some weird late night patrons.

“Lonely” is the latest song to be released off Alsina’s forthcoming third studio album Drugs, which is due out this year via Def Jam Records.