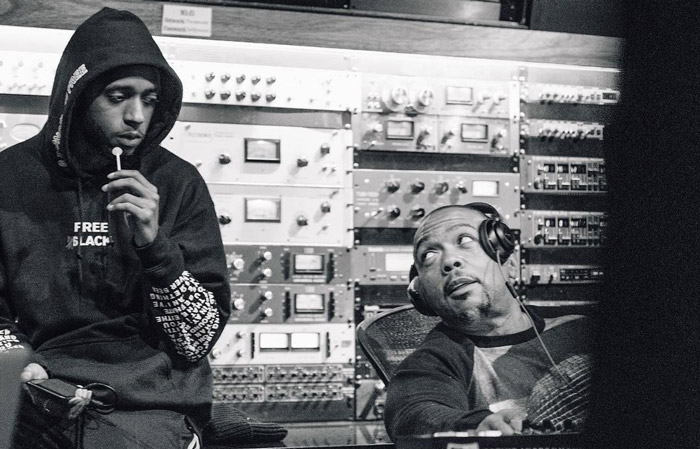 Timbaland continues to be future forward.

The legendary producer has connected with buzzing Alt-RnB star 6LACK on a top-secret upcoming project.

After sharing a photo of himself in the studio with the “PRBLMS” singer, Timbo released a video snippet of their collaboration. The clip shows Tim and 6 nodding their heads and vibing to their new sounds in the lab. It ends with an “Album Coming Soon” announcement.

Tim has been teasing new material for some time. In March, he reunited in the studio with Pharrell and Justin Timberlake. His Instagram bio also confirms that new music is coming in 2017.

Check out a preview of Timbaland and 6LACK’s new collaboration below.

Kelly Rowland Says Her New Album is 'Colorful and Beautiful'