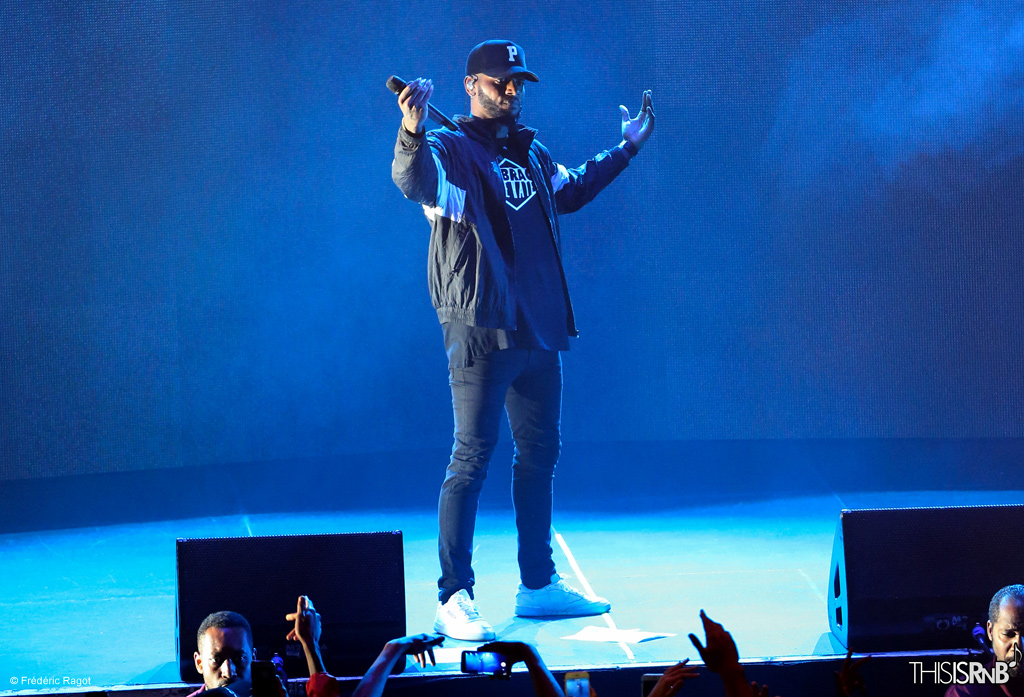 Bryson Tiller kicked off the European leg of his headlining “Set It Off Tour” last week in France. After cancelling the originally scheduled opening show in Marseille, Young Tiller played to a sold-out crowd at Zenith arena in Paris.

Unfortunately, SZA cancelled her expected supporting set to the disappointment of many fans. However, taking her place was the talented and exciting rising English R&B singer/songwriter IAMDDB.

Similar to his performances in North America, Bryson opened his set with the energetic “Self Made.” Joined by his band and DJ, the singer/rapper ran through favorites off his 2017 sophomore album True to Self, and 2015 breakthrough album TRAPSOUL. (For a full review of his show in New York City click here)

Tiller’s 24-date UK and European trek will travel to The Netherlands, Sweden, Denmark, Germany, Italy and more before closing in Dublin, Ireland on November 30.