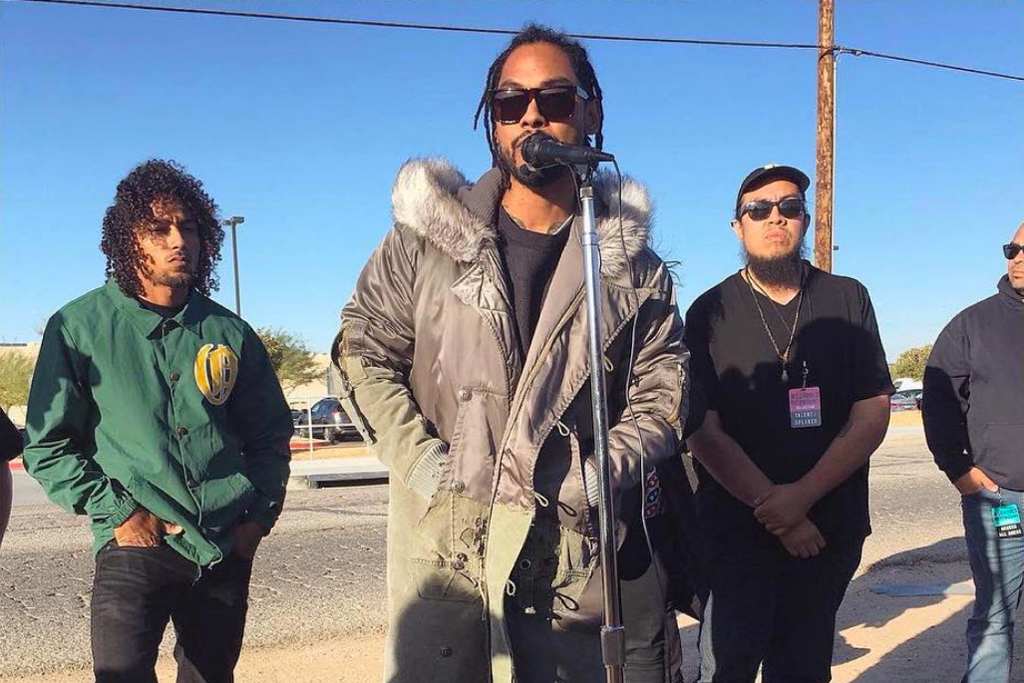 Following the release of singles “Sky Walker” and “Shockandawe,” Miguel recently revealed the political and social inspirations behind his upcoming album, War & Leisure, during an interview on LA’s Power 106.

Continuing to build excitement for the project, the R&B maverick recently performed at the special benefit event “Schools Not Prisons,” where he debuted the politically charged new song “Now.” On the acoustic-driven record he addresses President Donald Trump and his administration’s treatment of immigrants and minorities.

“CEO of the free world now, build your walls up high and wide / Make it rain to keep them out / That won’t change what we are inside,” he sings. “Is that the look of freedom now? / Is that the sound of freedom now? / ‘Cause it’s plain to see a man’s integrity by the way he treats those he does not need.”

The concert was put together to raise awareness about the immigrant prison system and advocate for prisons to be replaced by community-based solutions. It was appropriately held in Adelanto, California, which happens to be the home of the largest immigrant prison in the state.

Check out Miguel’s performance below.