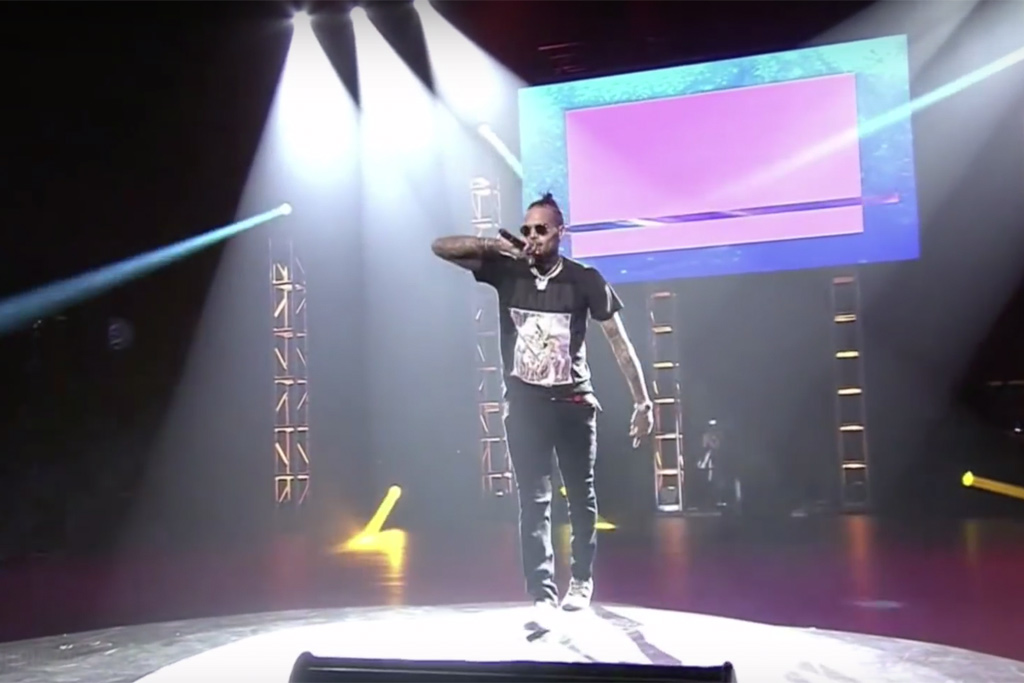 Prior to releasing his long-awaited new album, Chris Brown catered to his fans this week in New York City.

The TIDAL-streamed event, dubbed TIDAL X: Chris Brown, featured some of Brown’s biggest hits, including “Ayo,” “Privacy,” “Party,” “Loyal,” “Questions,” and “Yo (Excuse Me Miss).” Backed by a team of dancers, the R&B superstar also showed off his many moves throughout the 45-minute event.

Brown also called upon some famous friends to join him onstage. Dave East popped up first for their “Perfect” collaboration. Fabolous came out shortly after for “She Wildin” and “Flipmode.” Then Yo Gotti emerged for “Pills & Automobiles” and “Rake It Up.”

In the middle of the show, Brown spoke directly to Team Breezy. “The whole purpose of me doing this album and me doing this concert was to let y’all see y’all free,” he said. “Whatever you set your mind to, whatever you want to do, if it doesn’t have ill intent and it’s natural, this shit gonna happen like this every time. You’re gonna succeed at anything y’all want to do.”

Chris Brown’s Heartbreak On A Full Moon is due out on October 31. Check out the full performance below:

Chris Brown also recently collaborated with Spotify to produce a dope feature for their RapCaviar video channel. The singer showed off his artistic creativity with a unique dance-infused art piece where he literally painted with his feet, and then finished it off by hand. Check out a clip below and see the full video on Spotify.