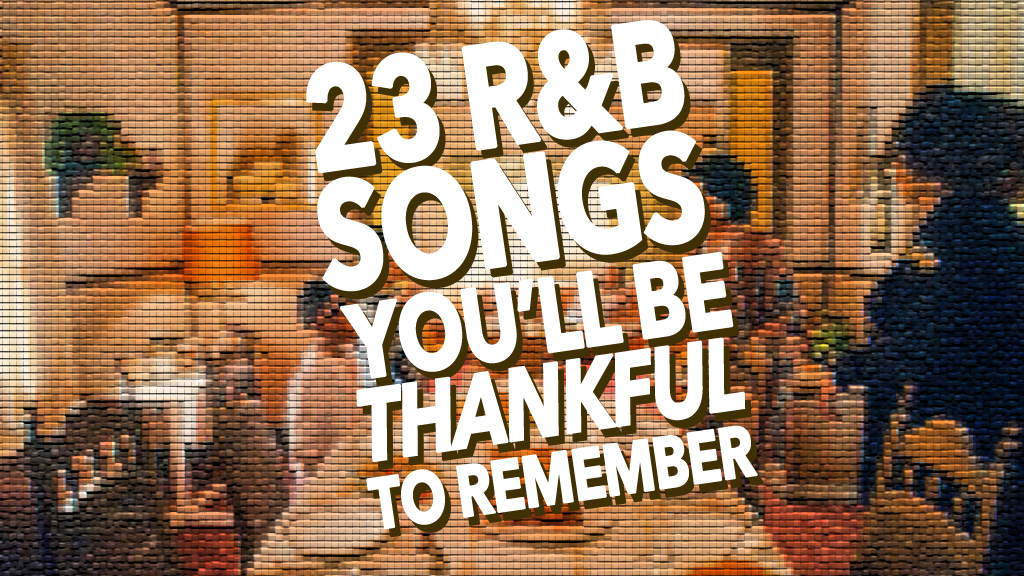 Thanksgiving is finally here and while you’re busy filling yourself with good food and good times, we’ve made sure we can fill you with good music. While there are plenty of current day songs that you can blast through the speakers while making those greens, beans, and potatoes, chances are you’ll be in the mood for some throwback jams to make the family gathering complete.

Although R&B has plenty of tracks that you can choose from to get the cooking party started this Thanksgiving, we over here at ThisisRnB decided to do you a favor and compile a small list of ’90s songs that we’re sure you’ll be thankful to hear again. So, whether you know every single song on the list or find yourself repeatedly saying, “Oh, I forgot about that song!” you’re sure to have a good time reminiscing to these tracks.

Take a seat, fill up your plate, and get ready for these 23 songs that you’re sure to be thankful to remember this season.

If you remember the days when labels had budgets for cool videos, then you will definitely appreciate watching this one. A young Gabrielle Union as Marc’s love interest might make you grateful for this, too.

Not too many people remember when Babyface’s older brother released his debut album 24/7, but it was definitely a musical gem. Though “No Love” didn’t become a top 10 hit like the album’s title track, it was one of the best tracks on the album.

If you thought this song was by Babyface it first came out, you are not alone. “Nobody Knows” was the only hit from Grammy award-winning singer/songwriter Tony Rich and we’re so thankful that we have it forever.

Although “Spackavellie” was the only hit that we got from Pressha, if you’re from the south, you know, appreciate, and probably still play this song like it’s brand new. Unfortunately, Pressha only delivered one album, Don’t Get It Twisted, and subsequently only this single.

If you’re looking for a breakup song to play during the holidays this year, Idea’s debut single “Get Gone” will do you just fine.