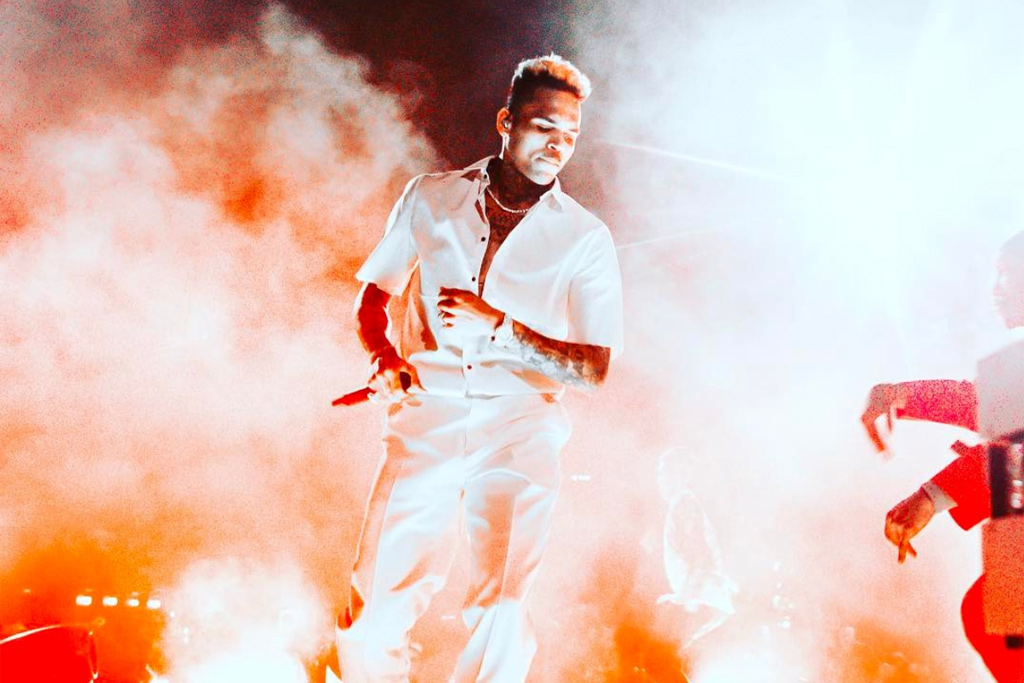 The moon has already turned gold for Chris Brown. One week after being released, the R&B superstar’s massive 45-track double album, Heartbreak On A Full Moon, has been certified gold by the Recording Industry Association of America.

Arriving on Halloween, the singer’s newest album surpassed the 500,000 sales mark by Nov. 8, according to the RIAA. It also debuted at No. 3 on the Billboard 200 after only three days of tracking due to its Tuesday release.

The star-studded set features appearances from R. Kelly and Jhené Aiko (“Juicy Booty”), DeJ Loaf and Lil Yachty (“Handle It”), plus Usher and Gucci Mane on the single “Party.”

Say What! Xscape Is Working on New Music, Without Kandi!