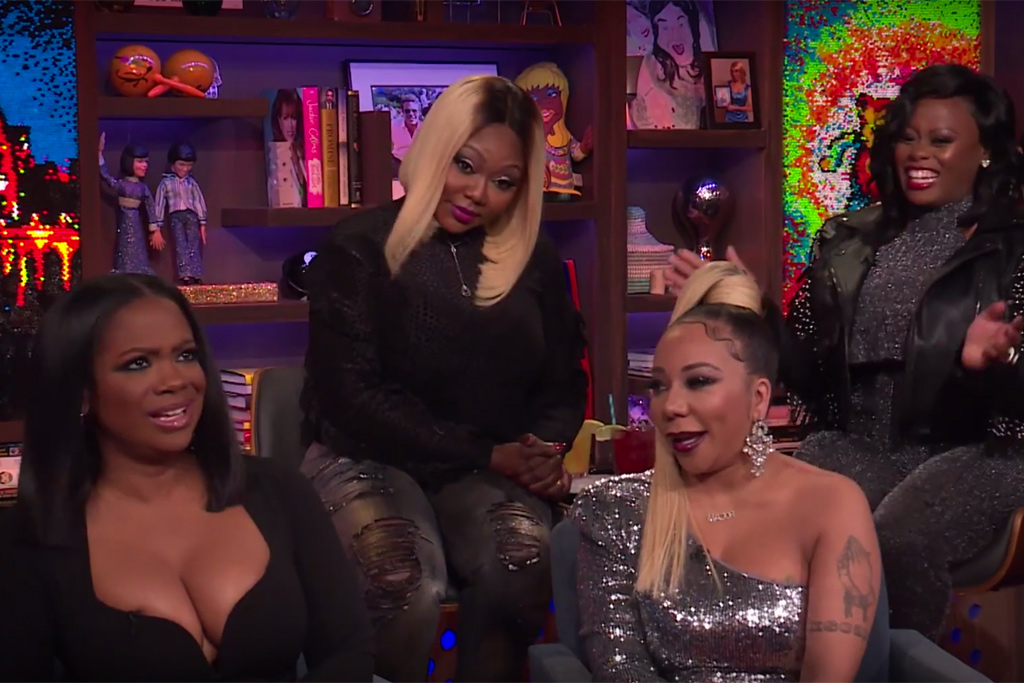 Xscape are two weeks in to their Bravo reality show ‘Still Kickin’ It‘ and the drama is already spinning into reality.

While visiting Andy Cohen’s Watch What Happens Live, all four ladies confirmed that they are working on new music. However, in a surprising announcement, Kandi revealed that she won’t be included! Without saying too much about why, she just said: “I’m going to be doing Broadway and some other things, and they are going to be working on music.”

Tamika added: “There are plans to do music, we have already started recording.” However, when asked if they will still be going by the name Xscape the awkwardness continued when Kandi said, “ahh, I don’t know…” and then Tiny chimed in, “well we ARE Xscape.”

Another awkward exchange happened between Kandi and Tamika, when Andy asked about the rumor that Tamika spread about her bandmate, which ended up leading to their split. She admitted that she falsely accused Kandi of sleeping with Jermaine Dupri’s father, Michael Mauldin.

On a more positive note, Xscape will be hitting the road on their “The Great Xscape Tour” later this month. Joined by Monica and Tamar Braxton, the trek will travel across North America making stops in 22 cities opening Nov. 22 in Richmond, VA and closing out in Los Angeles at the Microsoft Theater on January 6, 2018.

Watch both clips below.