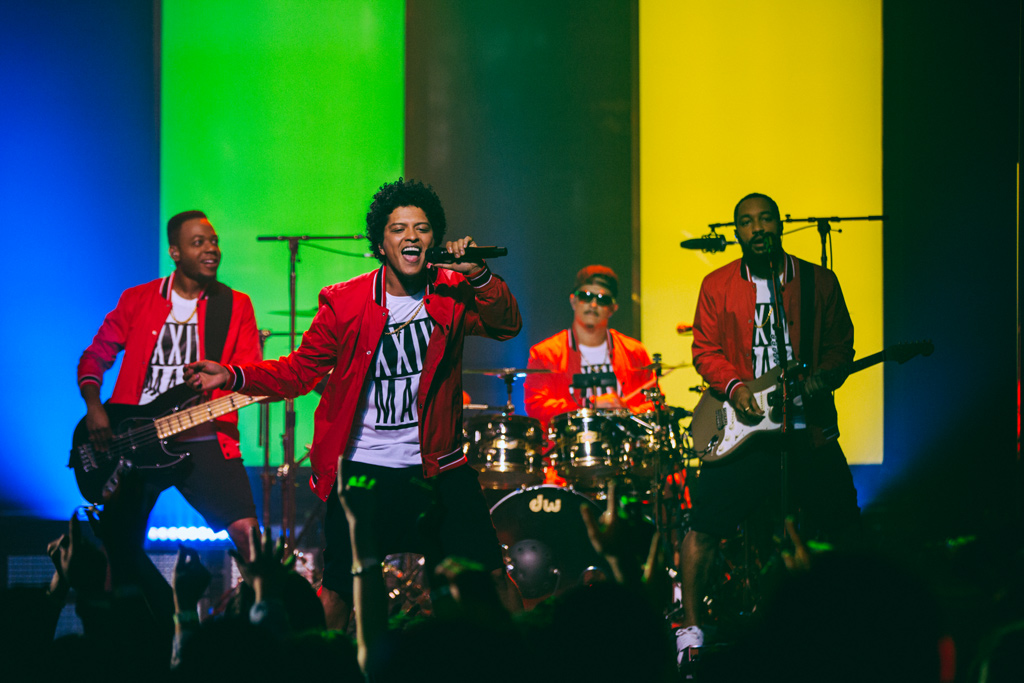 It’s showtime! Fresh off his seven wins at the American Music Awards, Bruno Mars is bringing the magic to the Apollo Theater as part of his first primetime special, “24K Magic Live at the Apollo.”

Set to air Nov. 29 on CBS, the one-hour event is slated to feature Mars’ show-stopping set at the legendary New York City venue. The newly-released trailer shows what fans can expect from the wide-ranging spectacle.

In the minute-long clip, Mars appears in front of roaring fans on the iconic Apollo Theater marquee. He also walks around the city, greets locals, visits a kitchen, and delivers another performance with his band of Hooligans.

“For me, Bruno Mars is the greatest performer in the world,” said Ben Winston, who, alongside Mars, serves as executive producer. “To be producing his first television special is a true honor. This will be a special show and a special night.”

“Bruno Mars is the ultimate live performer of this generation,” said Jack Sussman, Executive Vice President, Specials, Music and Live Events, CBS Entertainment. “He is the very definition of event television. He burns the roof off the Apollo while paying respect to its tradition and history. We at CBS are proud to be broadcasting his first TV special.”

Last night, Bruno took home seven awards, including Artist of the Year, at the 45th annual American Music Awards. He is currently in South America on his global “24K Magic Tour.”